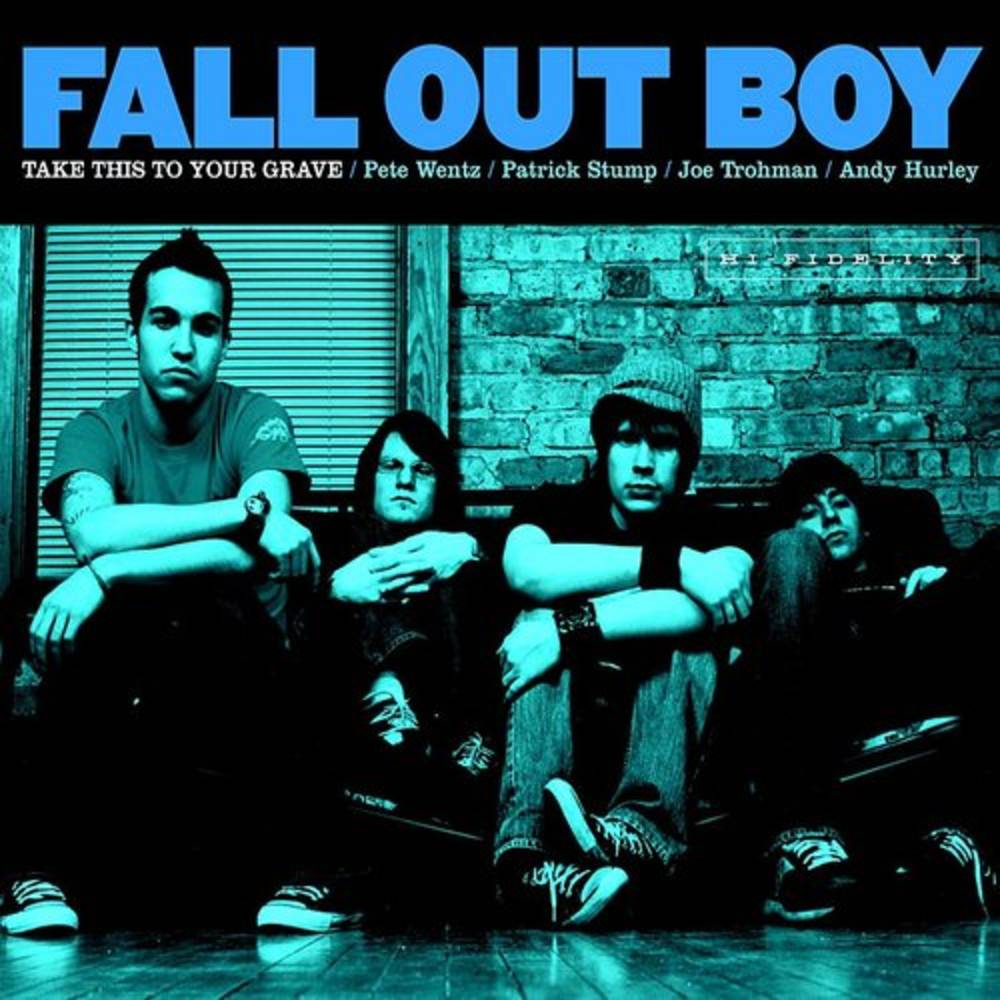 (Please call first)
DISC: 1
1. Tell That Mick He Just Made My List of Things to Do Today
2. Dead on Arrival
3. Grand Theft Autumn / Where Is Your Boy
4. Saturday
5. Homesick at Space Camp
6. Sending Postcards from a Plane Crash (Wish You Were Here)
7. Chicago Is So Two Years Ago
8. The Pros and Cons of Breathing
9. Grenade Jumper
10. Calm Before the Storm
11. Reinventing the Wheel to Run Myself Over
12. The Patron Saint of Liars and Fakes

Limited silver colored vinyl LP pressing. Take This to Your Grave is the debut studio album by rock band Fall Out Boy, originally released on May 6, 2003. When the band was signed to Island Records, the label employed an unusual strategy that allowed them to sign with independent label Fueled by Ramen for their debut and later move to Island for their second album. Sean O'Keefe had helped with the band's demo, and they returned to Smart Studios in Madison, Wisconsin to record the bulk of their first album with him. Living on a stranger's floor for part of the time and running out of money halfway through, the band recorded seven songs in nine days, bringing them together with the additional three from the demo.