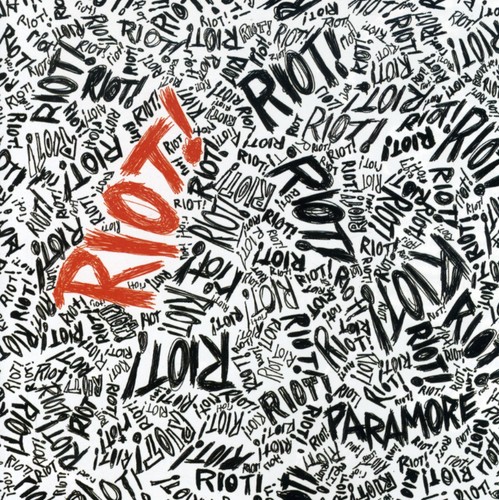 After gaining hordes of enthusiastic fans worldwide with their debut All We Know Is Falling, Paramore is poised to break through to new heights with their newest offering Riot. The album was produced and mixed by David Bendeth (Hawthorne Heights, Breaking Benjamin).

That's an emphatic title, but don't expect Paramore to inspire any school shootings or "walls of death" in their pits. The Tennessee-based now-quartet plays mainstream emo-punk, yet not the type of woe-is-me wussiness that has long plagued the faltering genre. In fact, Paramore have been bucking the odds from conception: A teenage girl is their outspoken mouthpiece, yet thanks to influences like Refused and Failure, they handily crush more testosterone-fired competition. They're also Christian, so much so that frontgirl Hayley Williams regretted the use of a throwaway "God" in the chorus to big single "Misery Business," yet this album and predecessor All We Know Is Falling couldn't be more' well, fun. Both are overrun with huge hooks and runaway train abandon, the sort of things you hear once in a while in a Kelly Clarkson or Avril Lavigne song, but not often enough. As long as they can balance the spiritual and secular as deftly as they have so far, expect Paramore to stick around a long time. They can't spell, and we all know how that worked out for Def Leppard. Of course, the moniker could mean they're in favor of more paranormal activity, i.e. more ghostbusting, which would rule. We digress, badly, but that's only because we love these perky Tennessee mallpunkers waaaay too much to rein in the ol' ADD. Frontchick Hayley Williams makes nearly every song a "Since U Been Gone" style delight and, um, the guitarists do spin-kicks.