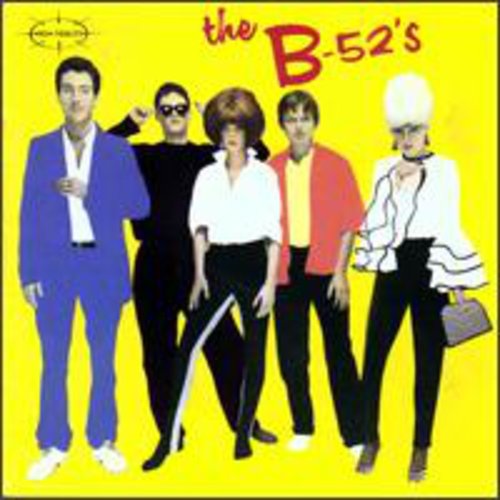 ''The B-52's'' is an eponymous New Wave album by Athens, Georgia-based rock band The B-52's. The kitschy lyrics and mood, and the hook-laden harmonies helped establish a fanbase for the band, who would go on to release several chart-topping singles. The album cover was designed by Tony Wright (credited as ''Sue Ab Surd'').