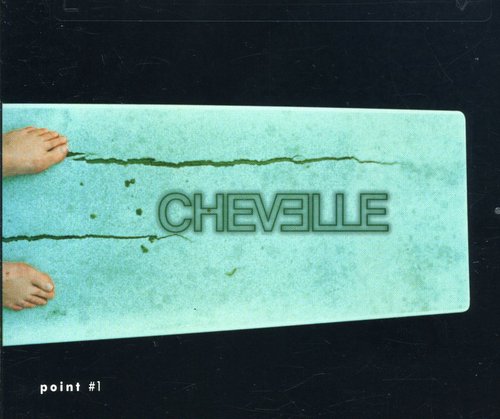 Chevelle is a beautiful and brutal musical animal. The 3-peice is a adept at creating a gorgeous flowing mement as they are kicking in a dead-bolted door. The band's debut album, Point #1, was roeced by indie stalward Steve Albini, and showcases the dynamic rhythms and melodies of the Chicago-based bnad. Relying on riffs, rhythms and melody, Chevelle eschews guitar wank heroics and mindless choruses for a lethal combination of emotion and raw power. Track highlights include: "Open," "Prove to You," "Dos," "Blank Earth," "SMA," "Peer" and more!

''Point #1'' is the debut album of Chevelle. It is also the only Chevelle album under Squint Entertainment. The album produced a notable single in its title track.

When ''Point #1'' was released, and still today, many fans have compared Chevelle to the successful progressive metal band Tool. One comparison includes Pete Loeffler's vocals which, like Maynard James Keenan, would go from soft and melodic to brutal and gut-wrenching in seconds. Another comparison is in the video for "Mia" which, like some of Tool's videos, was completely stop motion animated. The track "Long" is noted for Pete holding a 15-second scream towards the end of the song, the only time he has done so. - Wikipedia