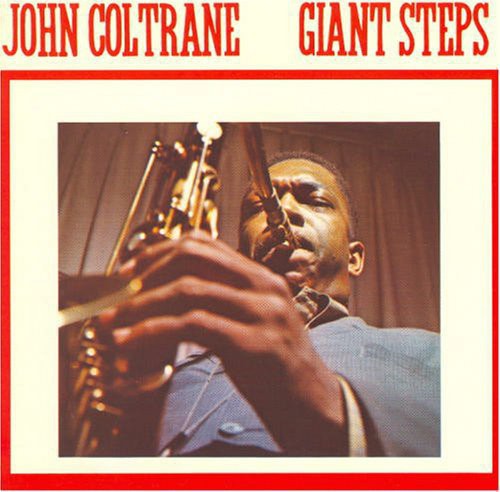 An essential LP from Atlantic's extensive jazz catalog, this classic title has been given the star-treatment (complete original album and liner notes, plus additional tracks, rare photos and more) in celebration of the label's historic 50th anniversary. The deluxe reissue of Coltrane's groundbreaking Giant Steps gathers the original 7 tracks and adds 8 bonus alternate takes from the same sessions - almost 75 minutes of music!

''Giant Steps'' was his second album to be recorded by the Atlantic label, and marked the first time that all of the pieces on a recording had been composed by him. The recording exemplifies Coltrane's melodic phrasing that came to be known as sheets of sound, and features the use of a new harmonic concept now referred to as Coltrane changes. Jazz musicians continue to use the "Giant Steps" chord progression as a practice piece and as a gateway into modern jazz improvisation. The ability to play over the "Giant Steps"/Coltrane cycle remains to this day one of the benchmark standards by which a jazz musician's improvising skill is measured.

The album is also considered to be Coltrane's farewell to bebop. He ventured into the territory of modal jazz shortly afterwards.

Several pieces on this album went on to become jazz standards, such as "Naima", "Giant Steps", "Cousin Mary", "Countdown", and "Mr. P.C." - Wikipedia