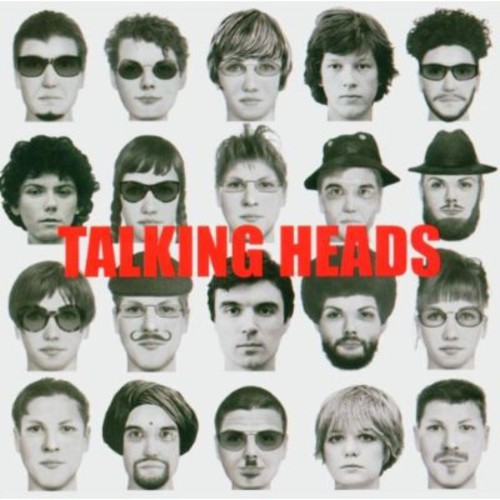 This best of retrospective features 18 stellar tracks spanning 1977-1988 of, their first ever U.S.-released single-disc best-of, and contains the biggest hits and signature tracks including "Once in a Lifetime, "Life During Wartime," "Burning Down the House," "And She Was," and "Psycho Killer."

The Best of Talking Heads is a 2004 compilation album by Talking Heads, released by Sire/Warner Bros./Rhino, and contains in all 18 tracks, from the beginning to the end of the Talking Heads history. It was released the same day (August 17, 2004) as the expanded ''The Name of This Band Is Talking Heads''.

The cover may be an homage to the cover of the soundtrack to A Hard Day's Night by The Beatles. - Wikipedia