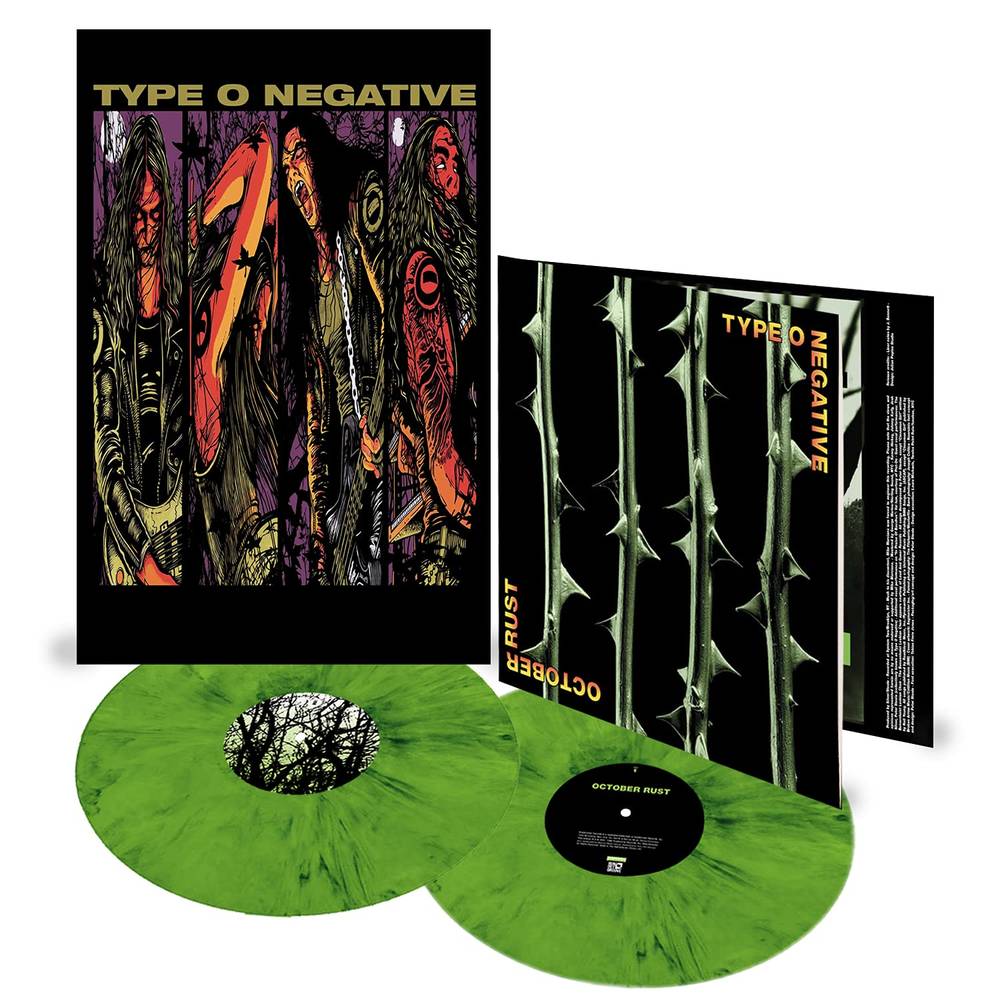 DISC: 1
1. Bad Ground
2. Intro
3. Love You to Death
4. Be My Druidess
5. Green Man
6. Red Water (Christmas Mourning)
7. My Girlfriend's Girlfriend
8. Die with Me
9. Burnt Flowers Fallen
10. In Praise of Bacchus
11. Cinnamon Girl
12. The Glorious Liberation of the People's Technocratic Republic of Vinnland By the Combined Forces of the United Territories of Eu
13. Wolf Moon (Including Zoanthropic Paranoia) 3 Haunted
14. Outro

Type O Negative is an American goth-metal band formed in Brooklyn in 1989 by Peter Steele (lead vocals, bass), Kenny Hickey (guitar, backing vocals), Josh Silver (keyboards, backing vocals), and Sal Abruscato (drums, percussions), who was later replaced by Johnny Kelly. October Rust is the band's fourth studio album, released on August 20, 1996. This is the first album with Johnny credited as the band's drummer. The album has more ballads and less of the doom metal sound of previous and subsequent Type O albums. It also features a heavy cover version of Neil Young's "Cinnamon Girl." It is the first of the band's albums to include a "joke intro"-in this case, "Bad Ground, " which is 38 seconds of low-level buzzing, meant to sound as if the listener's speakers are incorrectly set up. The second and fifteenth tracks are humorous untitled spoken word intros and outros to the album, respectively, with the band downplaying the recording of the album. Another technique employed on the album is the heavy use of abrupt endings and segues to a few of the songs, heard on the tracks "Green Man, " "Red Water, " and "Haunted." The album has been certified Gold in the U.S. and peaked at #42 on the Billboard 200.