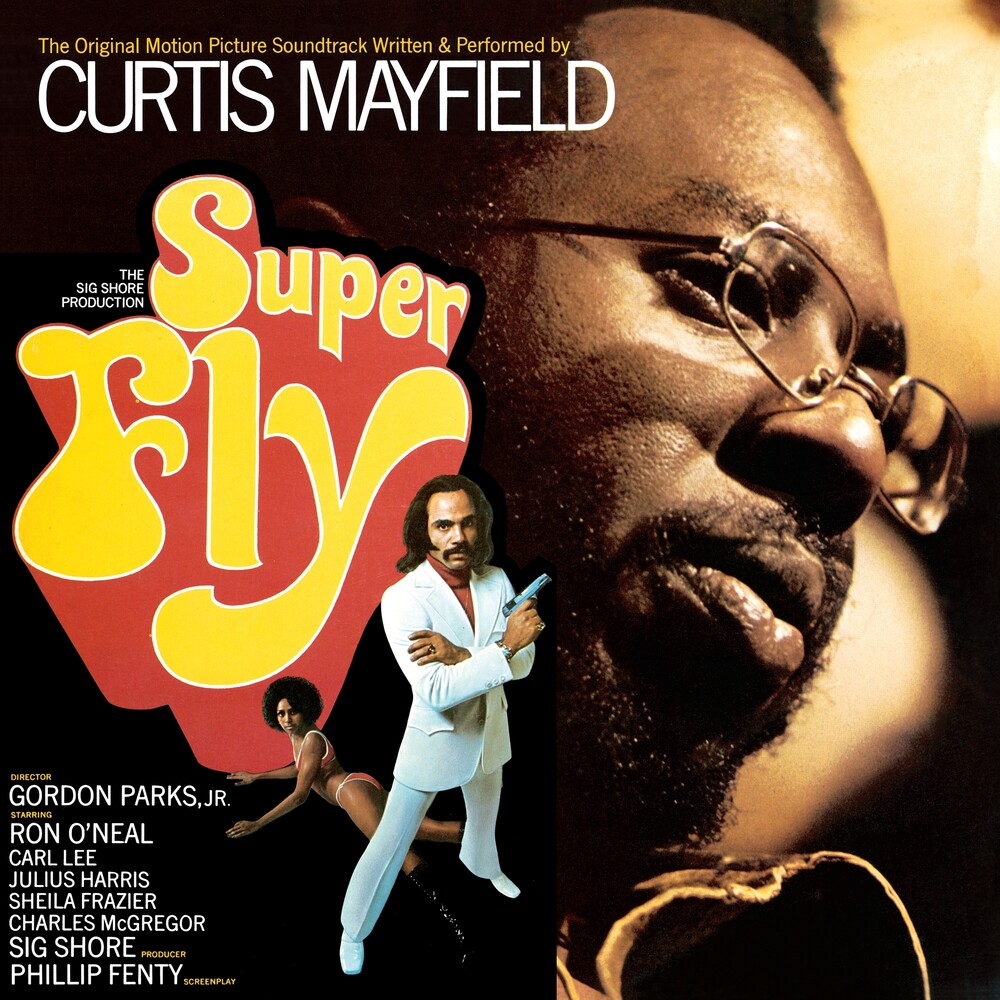 Super Fly is the thirdstudio albumby American soul musicianCurtis Mayfield, released in July 1972 on Curtom Records. It was released as thesoundtrackfor theBlaxploitationfilm of the same name. Widely considered a classic of 1970s soul and funk music, Super Flywas a nearly immediate hit. It's sales were bolstered by two million-selling singles, "Freddie's Dead" (number 2 R&B charts, number 4 Pop charts) and thetitle track (number 5 R&B, number 8 Pop). Super Fly is one of the few soundtracks to out-gross the film it accompanied. Super Fly, along withMarvin Gaye'sWhat's Going On (1971), was one of the pioneering soul concept albums, with it's then-unique socially aware lyrics aboutpovertyanddrug abusemaking the album stand out. The film and the soundtrack may be perceived as dissonant, sincethe filmholds rather ambiguous views ondrug dealers, whereasCurtis Mayfield's position is far more critical. LikeWhat's Going On, the album was a surprise hit that record executives felt had little chance at significant sales. Due to it's success, Mayfield was tapped for several film soundtracks over the course of the decade. In 2003, VH1namedSuper Flythe 63rd greatest album of all time. The title track was selected by theRock and Roll Hall of Fameas one of the "500 Songs that Shaped Rock and Roll. In 2003, the album was ranked number 69 onRolling Stonemagazine's list ofthe 500 greatest albums of all time. The album is ranked number 986 inAll-Time Top 1000 Albums. In 2019, the album was selected by theLibrary of Congressfor preservation in theNational Recording Registryfor being "culturally, historically, or aesthetically significant" This 2LP 50th anniversary edition expands the album with a bonus disc of demos and also includes a movie poster, new liner notes, never before seen photos and a custom turn table mat exclusive to this limited release.