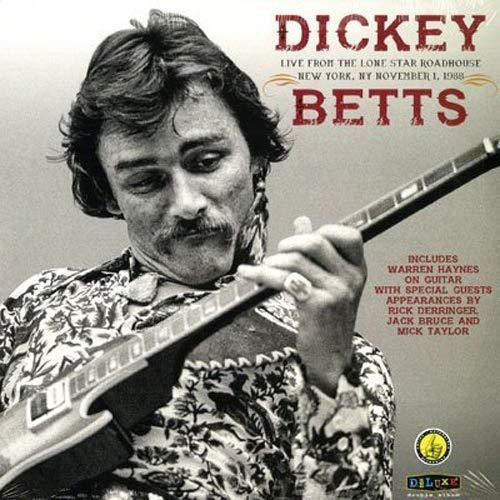 Dickey Betts may not have had the name but he was a co-founder and the ongoing heart and soul of the Allman Brothers. With the deaths of Duane and then Gregg, Dickey slipped into semi-retirement. This show was recorded in August, 1978 with his back-up band, Great Southern, at the Lone Star Roadhouse in New York City and simulcast on WLIR on Long Island. Dickey Betts and Great Southern riffed on some of the Allman Bros. best known hits: "Blue Sky", "In Memory of Elizabeth Reed", "Jessica", Statesboro Blues", "One Way Out", "Southbound" and other gems. Dickey is backed by Warren Haynes- guitar/vocals, Johnny Neel- keyboard/vocals, Matt Abts- percussion and Marty Privette- bass. Special appearances by Rick Derringer, Jack Bruce and Mick Taylor. It was just announced that Dickey was embarking on his first tour in some time, touring with his son Duane sharing lead guitar..