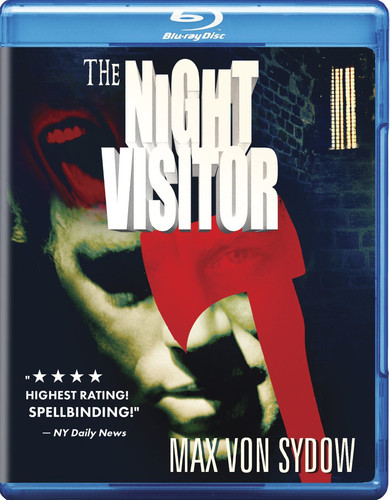 The Night Visitor (Swedish title: Papegojan) is a 1971 Swedish psychological thriller film in English, starring Max von Sydow, LIV Ullmann, Trevor Howard, Per Oscarsson, Rupert Davies and Andrew Keir, and directed by Laslo Benedek. An inmate named Salem (Max von Sydow) escapes from an insane asylum in the dead of winter. His destination is the house of his sister, Ester (Liv Ullmann), and her husband, Anton (Per Oscarsson). His quest is revenge as he sets about framing Anton because Salem feels he was set up for a horrendous axe murder two years previously. On the case is a police inspector (Trevor Howard) who must determine if Anton is really crazy for claiming he saw Salem outside of the asylum and discover if Salem was really framed.