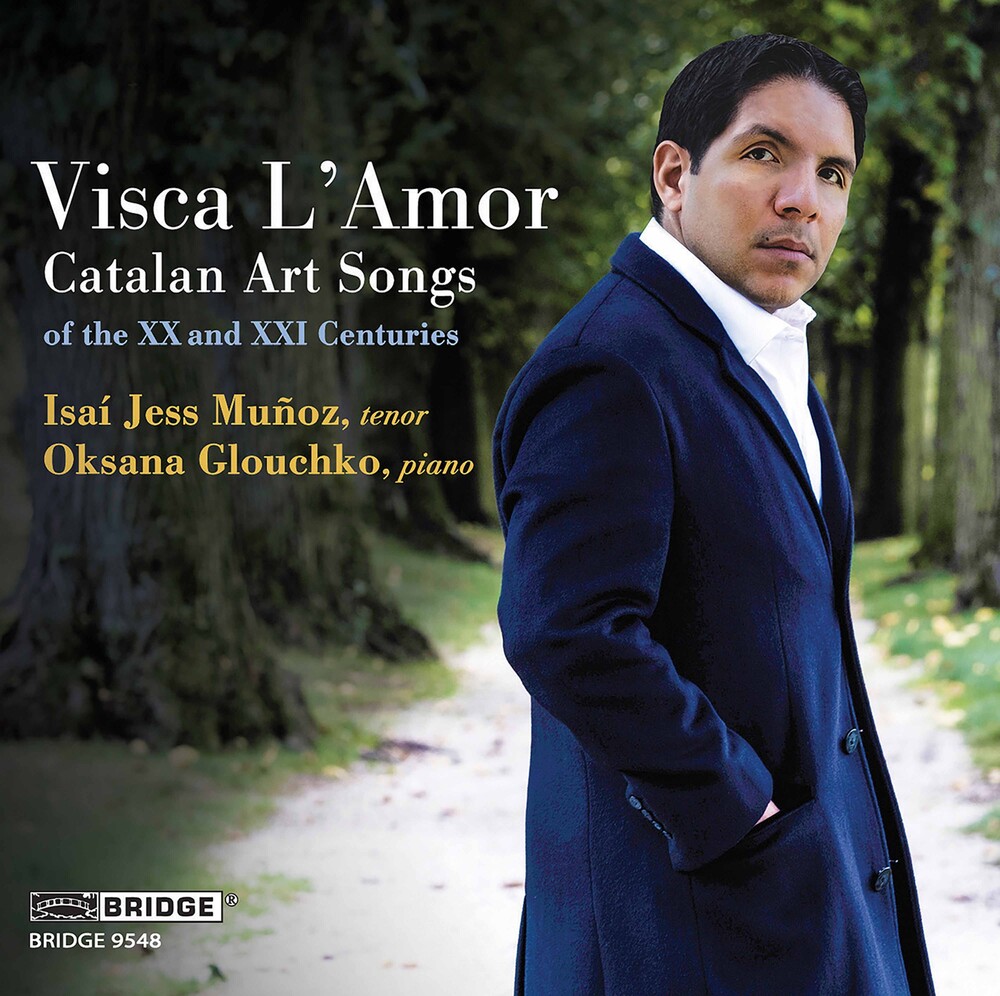 Visca L'Amor: Catalan Art Songs of the 20th and 21st Centuries, features tenor IsaĂ­ Jess MuĂ±oz and pianist Oksana Glouchko. The album focuses on the fascinating music and poetry of Catalunya-an area of northeastern Spain and southeastern France, whose language was long censored by the Franco dictatorship. This new recording represents one of the few explorations of the rich Catalan tradition, including six song cycles by Frederic Mompou, Eduard ToldrĂˇ, Joan Comellas, Ricard LaMotte de Grignon, NarcĂ­s Bonet, and a world premiere of a new work by Elisenda FĂˇbregas. Tenor IsaĂ­ Jess MuĂ±oz has collaborated with some of the world's leading ensembles, including the Israel Philharmonic, New York Philharmonic, Los Angeles Philharmonic, the Verbier Festival (Switzerland), and the New York City Opera.