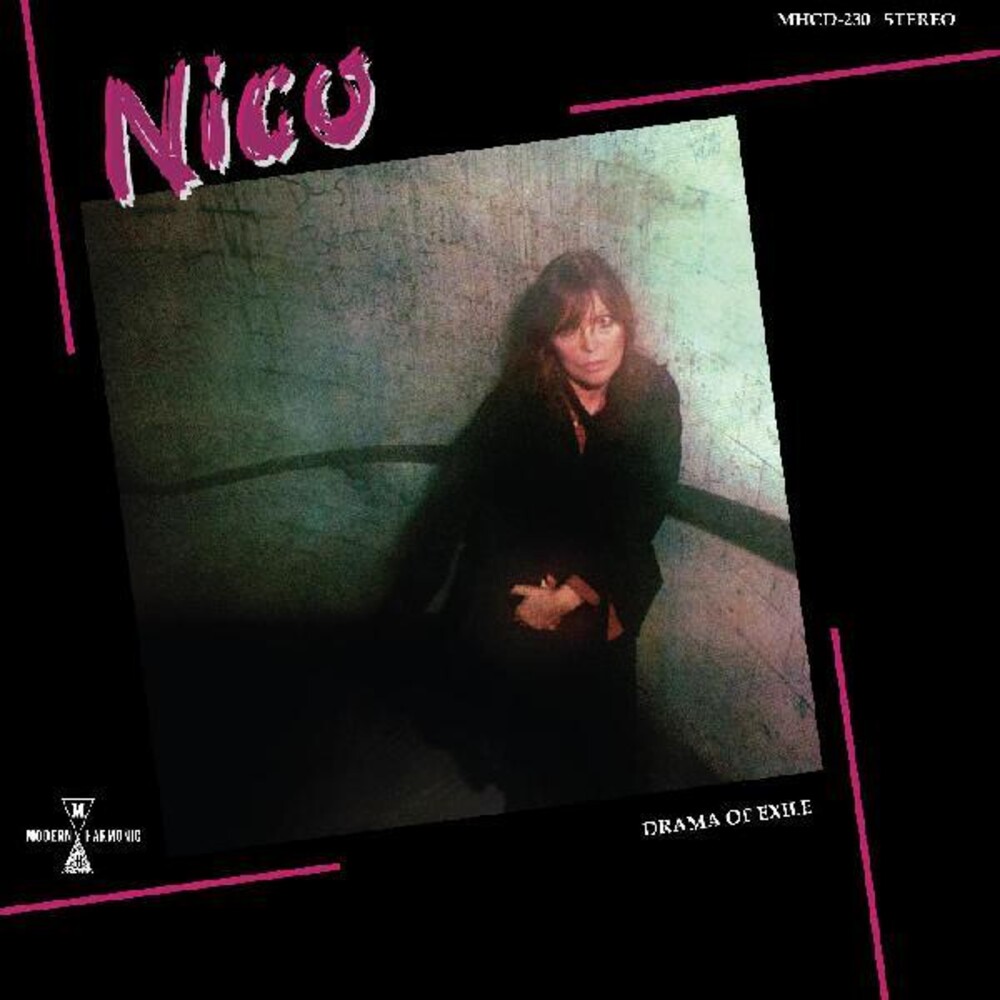 As one critic memorably put it, when Nico spoke it was like coffin-lids creaking. When she sang it was like listening to ravens taking off 13 at a time. Nico was like nothing rock music had ever seen or heard before or since.

In Paris in the seven year gap between the recording of The End and the release of Drama Of Exile, Nico appeared to be doing little more than feeding a heavy heroin habit. When she met Aura Records founder Aaron Sixx after a gig there she told him that she was eager to start recording again. He told her to contact him when she was next in London. When she arrived it was with a new harmonium in tow - claiming the previous one had been stolen and that its replacement was a gift from Patti Smith.

She also brought with her the Corsican record producer Philippe Quilichini and his girlfriend - a half French half Vietnamese creature who Nico would introduce as her new manager, though really she was little more than her pusher. She and Quilichini had already finished the demos of the seven new songs and two cover versions that eventually they would record for the album.

Quilichini's production on the album and in particular Mahamad Hadi's guitar parts emphasised the eastern promise of the numbers and provided a stirring counterpoint to Nico's heavily accented teutonic vocals which gave the whole thing a stark beauty.

"The real surprises on Drama are the covers. Lou Reed's `Waiting For The Man,' one tune she didn't sing on that first Velvets album, is invested with a deadened user's authenticity that Reed's self-conscious streetcool sneer couldn't deliver, while Bowie's `Heroes' has an unexpectedly flexible vocal (Nico gayly intoning `I, I will be King'), exuberant playing and a radio-active disco pop arrangement that could even see our lady in the charts after all these exiled years. Still crazy, still smart." - Sandy R

It's an album that exceeds any infamy (she would later rerecord it!) in euphony; with its post-punk new wave takes on the Velvets' "I'm Waiting For The Man," Bowie's "Heroes," and seven Nico originals (including "Sixty Forty," a track later covered by Broadcast), we believe this album is just as important as any she's done.