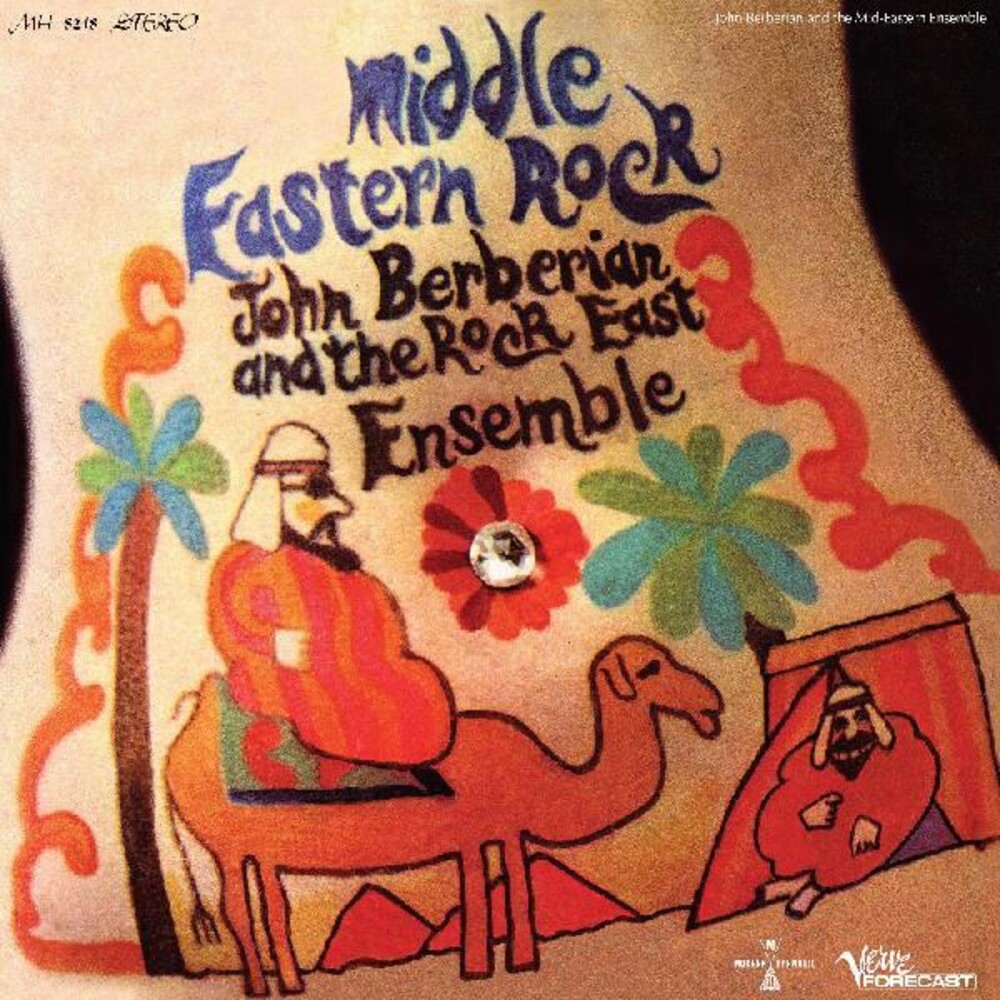 Crazed time signatures abound as musicians from the West look East for inspiration, infusing their rock and jazz sounds with vibes looted from India and the Far East. A true marriage of Western and (Middle) Eastern music with a fuzzed-out psychedelic edge. Released originally in 1969, Middle Eastern Rock is a unique, compelling fusion record from Armenian-American oud player John Berberian. The Rock East Ensemble, Beberian's backing band, consists of the artist's standard group, which specializes in traditional Armenian music with a jazz edge, and American session musicians who bring more of a rock sound. The results, which blend elements of psychedelia, free jazz, surf music, and various klezmer, African, and Middle Eastern textures, are dazzling, and are sure to thrill anyone with a taste for rare "outside" albums. ' AllMusic Review by Anthony Tognazzini.