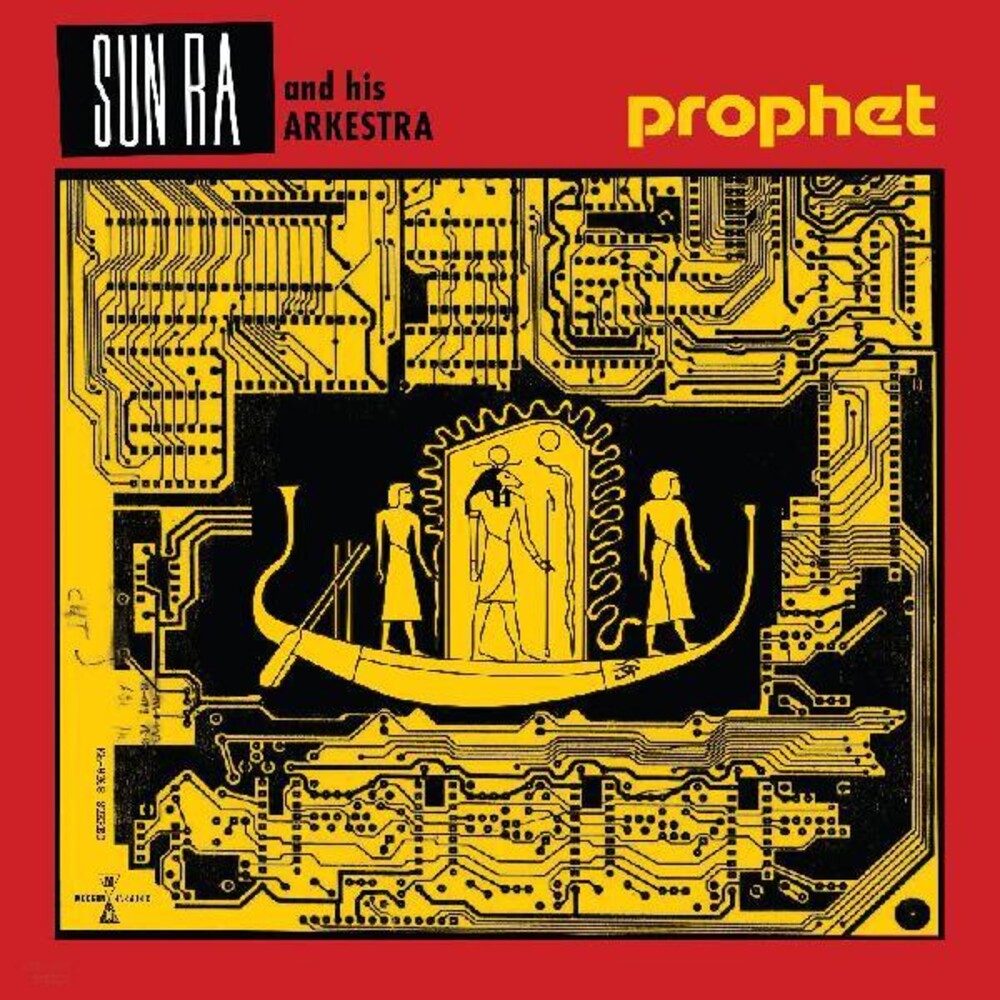 Vinyl LP pressing. What happens when a Prophet meets a Prophet? The answer lies within these grooves. Amongst the hundreds of recordings issued by Sun Ra and his Arkestra, under their various guises, the majority were recorded in concert or in makeshift studios such as their early 1960s set-up at NYC's Choreographer's Workshop. Beyond those, roughly 22 albums were recorded at Variety Recording Studio in New York's Times Square. However, on August 25, 1986, Sun Ra and cohorts entered Mission Control, a state-of-the-art 24-track studio north of Boston, which was teeming with electronic keyboards and otherworldly sound generators. Nestled within that arsenal was a brand-new digital ultra keyboard - the Prophet VS ("Vector Synthesizer"). Of all the keyboards Ra played throughout his half-century career, the Prophet was one of the most sophisticated. There's no evidence that he had played either of the instrument's earlier incarnations, the Sequential Circuits Prophet-5 and Prophet-10. Created using microprocessors, a then-new technological advance, under the auspices of engineer Dave Smith in 1978, the Prophet-5 revolutionized electronic music as the first polyphonic and, most importantly, programmable synthesizer. Ra was intrigued by the Prophet (surely by the instrument as well as by the name). Recorded during a single day, it's about time that these once lost performances have now been found.