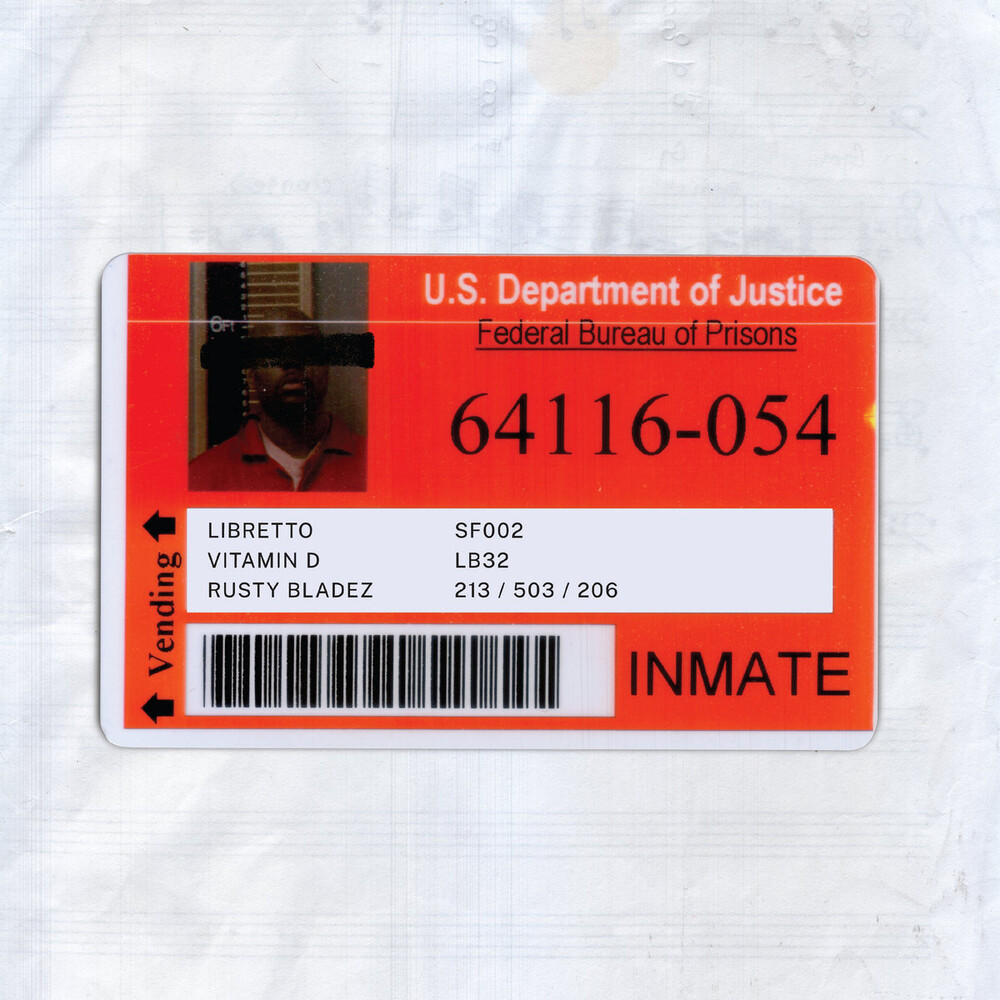 Vinyl LP pressing. Libretto returns for his sixth full length album entitled Rusty Bladez, and is accompanied by Seattle legend Vitamin D handling all production duties, plus a few standout verses of his own. As evidenced by his inmate ID on the cover, Libretto's meditations on his time spent in the Federal Penitentiary system run throughout the entirety of Rusty Bladez. Libretto recounts in vivid detail the experiences and lifestyle that led him there, and his experiences and mind state once released. Rarely has an album so clearly captured a mood, and provided the type of first person insight that is captured on Rusty Bladez. Vitamin D's production mastery provides the perfect backdrop for Libretto to recount his true life tales. Finding the perfect balance between the album's somber tone and an undeniable groove, Vitamin D crafts beats that are at home in the world of underground rap, but clearly stand out as a result of their layered musicality. Showcasing his versatile skills across all 17 tracks, Vitamin D once again demonstrates why he is your favorite producer's favorite producer, as well as a force of his own on the mic.