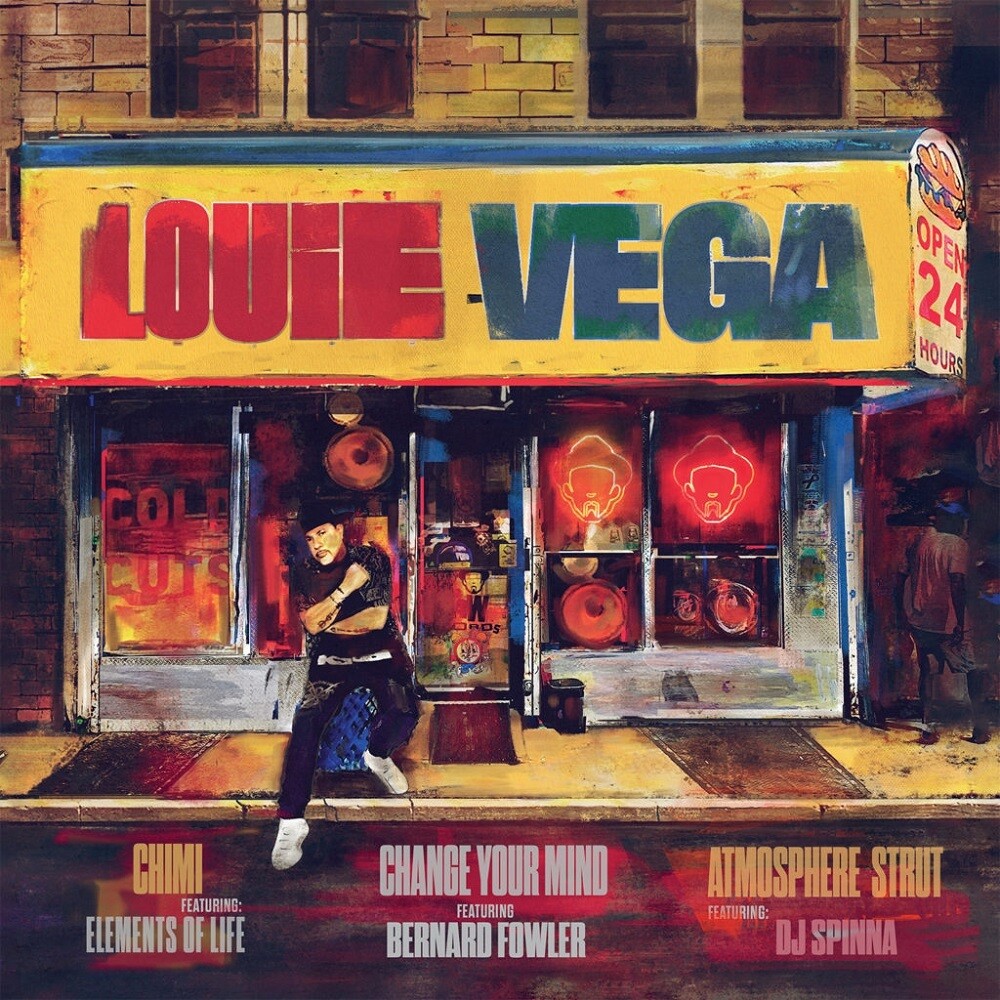 Louie Vega is launching a trio of Double Pack 12' releases that includes special unreleased versions of select titles from the Expansions In The NYC album project. Each package also features unique customized art by celebrated artist Andrew Thiele who also created the art for the album jacket as well. This package is a tribute to two of Louie's musical heroes, namely the late Patrick Adams and Larry Levan. Legendary producer Patrick Adams was the writer of Chimi and Atmosphere Strut, and equally legendary DJ Larry Levan was instrumental in breaking Bernard Fowler's early releases with The Peech Boys at The Paradise Garage before Bernard was catapulted into worldwide fame as one of the featured back-up singers on tour and in the studio for the Rolling Stones. Chimi features a collaboration with Louie's renowned Elements of Life band, while Atmosphere Strut features a collaboration with New York based House and Hip Hop DJ / Producer extraordinaire DJ Spinna.