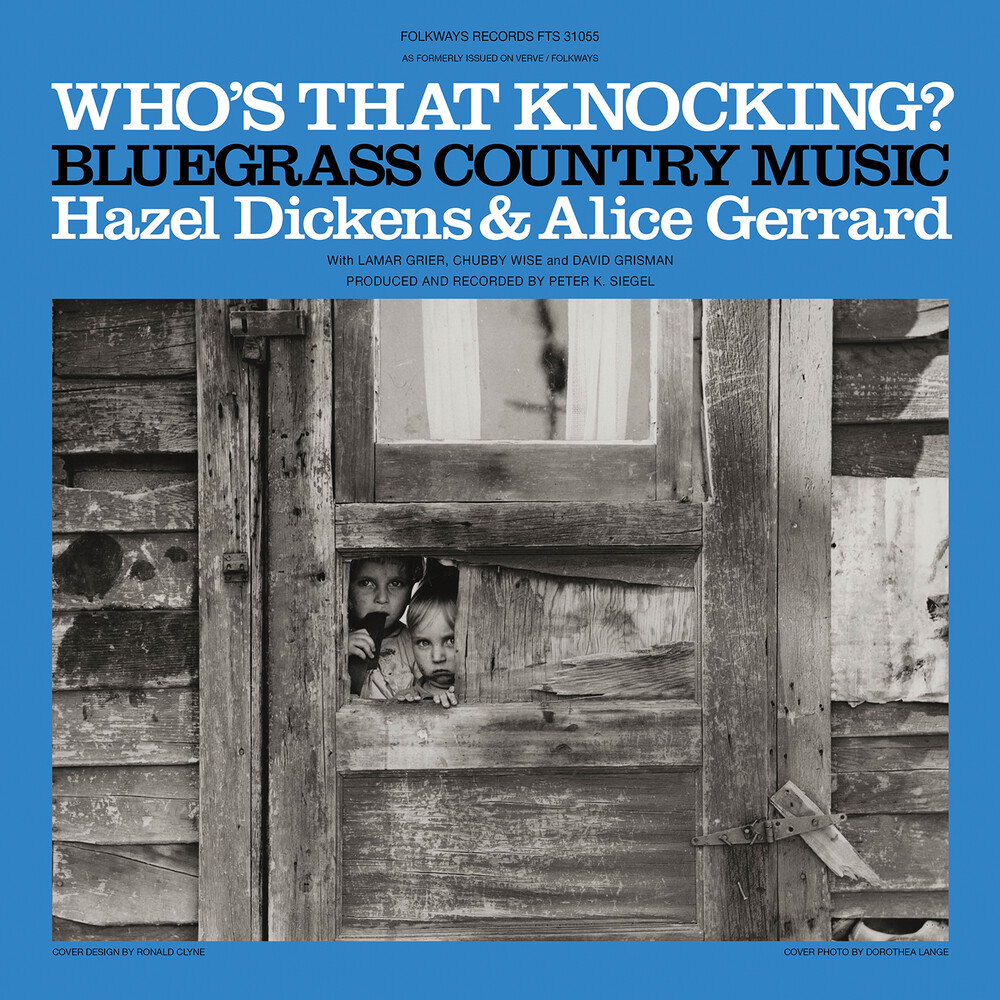 Initially released in 1965, Who's That Knocking? is the first album by Hazel Dickens and Alice Gerrard. With this trailblazing record, Hazel and Alice shattered the glass ceiling of male-dominated bluegrass, which had typically relegated women to minor musical roles at best. Hazel and Alice's hard-edged, soulful harmonies were firmly rooted in the older music traditions of the rural South. Their steadfast devotion to their powerful, driving style inspired generations of women in bluegrass, country music, and even punk. They are accompanied on this album by Chubby Wise, arguably the architect of bluegrass fiddling; David Grisman, whose mandolin improvisations changed the landscape of acoustic music; and Lamar Grier, who played banjo as a member of Bill Monroe's Blue Grass Boys in the 1960s. Unavailable on vinyl for decades, Who's That Knocking? was remastered in 2021 by it's original producer Peter K. Siegel, and has been reissued with it's original artwork and liner notes.