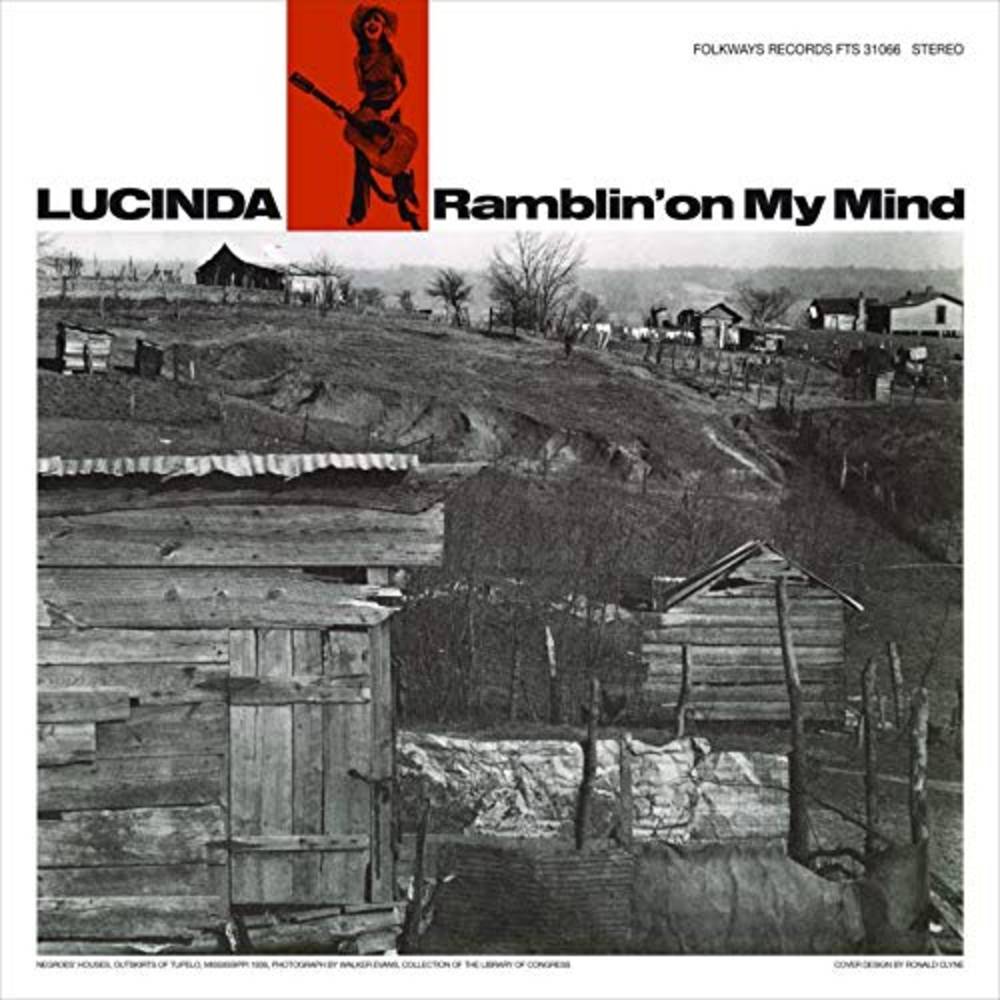 American singer-songwriter Lucinda Williams' Southern blues roots are unmistakable on her debut record Ramblin' on My Mind, showcasing the artistry that would make her an icon. Recorded in Mississippi in the late 1970s, the album features a collection of traditional folk and country standards arranged and performed by Williams, with intimate accompaniment by John Grimaudo on his six-string guitar. Her raw and drawly voice is as curvy and natural as a back road as she wistfully explores the familiar melodies of Robert Johnson, Hank Williams, and the Memphis Jug Band, among others.The vinyl reissue of Ramblin' on My Mind, which includes a liner notes booklet with the song lyrics, housed in an original Folkways-style tip-on jacket, is part of the Smithsonian Folkways Vinyl Reissue Series, revisiting some of the most iconic and influential albums in our collection.