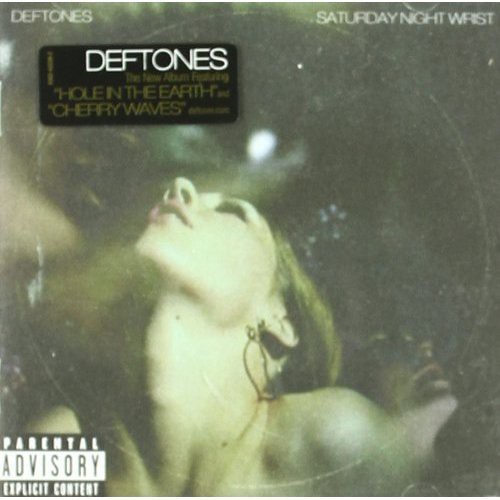 Textural, haunting, and evocative, the long-awaited follow-up to 2003's Deftones is deceptively tuneful and alarmingly heavy, see-sawing between melancholy reflection and jaw-clenching frustration like a manic depressive refusing his meds. Not only is Saturday Night Wrist experimental and innovative, it overflows with undeniable hooks, which serve as reminders that, first and foremost, Deftones will always be about strong, emotionally resonant songs.

''Saturday Night Wrist'' is the fifth studio album by American rock band Deftones. The album was released on Maverick Records on October 31, 2006. Vocalist Chino Moreno explained the record's title is a reference to the nerve damage caused when an intoxicated person falls asleep on their arm, Moreno then followed along to this with stating that it's "when you're alone on Saturday nights and your only best friend is your shaking wrist...". - Wikipedia