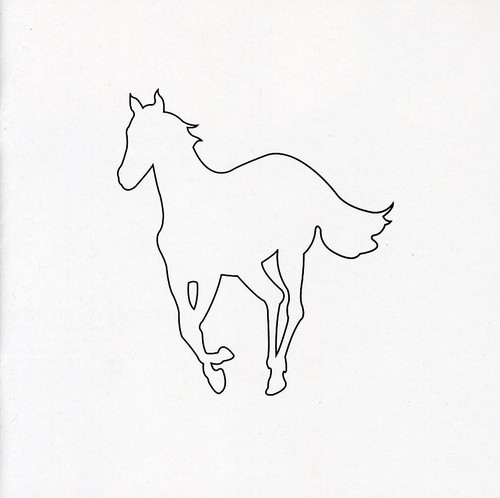 New & improved with an added track, the second single, "Back to School (Mini Maggit)." the new enhanced CD contains a link to a Web site where the new track can be downloaded free of charge.

''White Pony'' is the third album by Deftones, released in 2000. It is the follow up to ''Around the Fur'', which was released in 1997, and marks a significant growth in the band's sound; incorporating New Wave and shoegaze influences with the alternative metal edge the group had honed and become known for. To this end, it is generally regarded by fans and critics alike as their most mature outing.

The song "Passenger" features the guest vocals of Tool and A Perfect Circle vocalist Maynard James Keenan. The band won a Grammy Award for Best Metal Performance for the song "Elite" in 2001.

A total of four different versions of the album exist. On its release date, limited edition copies were released with solid red and black jewel cases. The two different colored cases also featured different insert booklets. Both limited edition versions included the added track "The Boy's Republic", but did not include "Back to School (Mini Maggit)".

The first edition with a grey cover was supposed to be released as the non-limited version of the album. In addition, this version did not feature the track "Back to School". This is the proper version of the album (which was also pressed on clear red vinyl for a promotional run of about 1000 copies), and "Back to School" was only added as a marketing strategy; vocalist and contributing guitarist Chino Moreno has stated that he was not happy about it. - Wikipedia