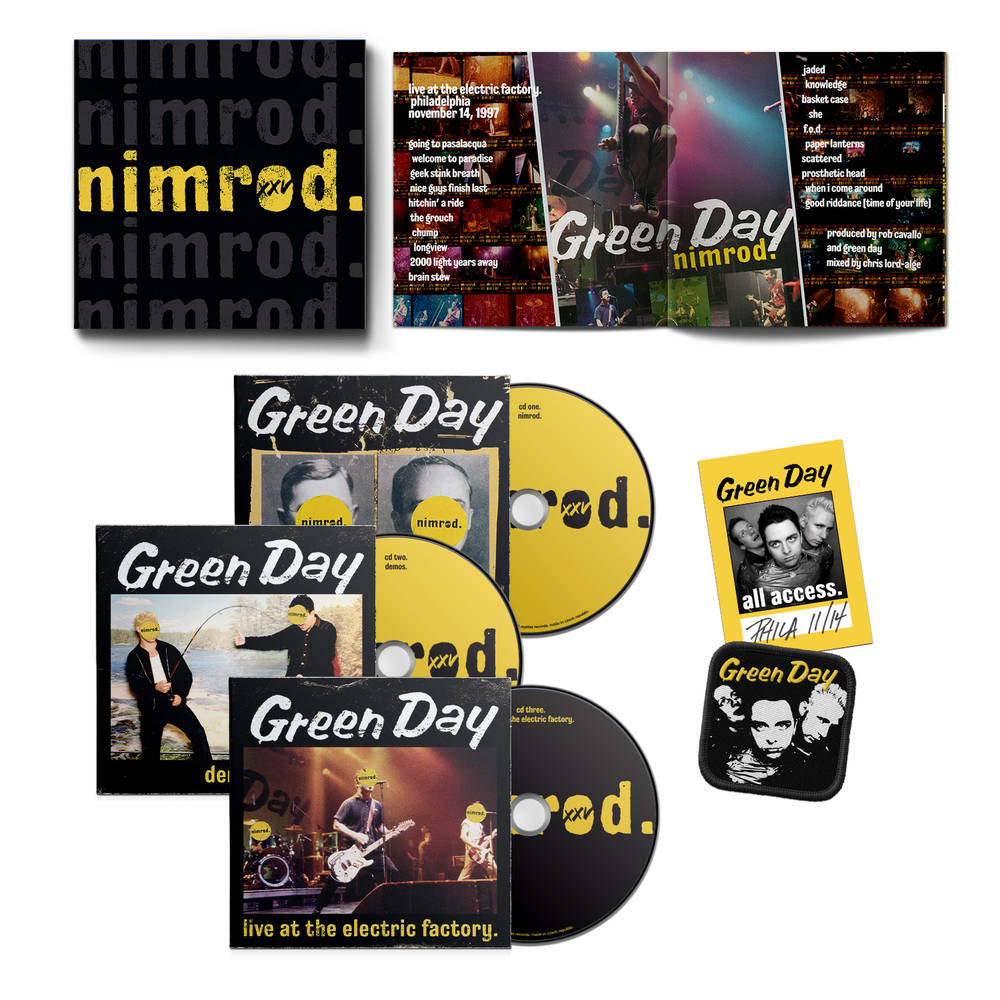 Nimrod, Green Day’s fifth studio album, was originally released on October 14 1997. The Billboard Top 10 LP declared “Green Days best!” by Kerrang was driven by the hit singles “Hitchin’ A Ride”, “Redundant”, “Nice Guys Finish Last” and “Good Riddance (Time of Your Life)” the latter of which has sold 5 million copies in the US alone.  The song was written as a spiteful ballad and has evolved into the soundtrack of everyone’s seminal life moments; even being featured in the Seinfeld series finale.  The album has sold over 3 million copies in the US (triple platinum) and has been certified multi-platinum, platinum, or gold in several other countries, including the UK, Japan, Canada, Australia and Spain.

This 25th Anniversary Edition includes the original album, one disc of previously unreleased Nimrod demos, and a live set from Philadelphia recorded one month after Nimrod was released.

The live album was recorded at The Electric Factory in Philadelphia on November 14 1997. The 20-song set includes several songs from Nimrod, plus fan favorites from their previous albums and singles.