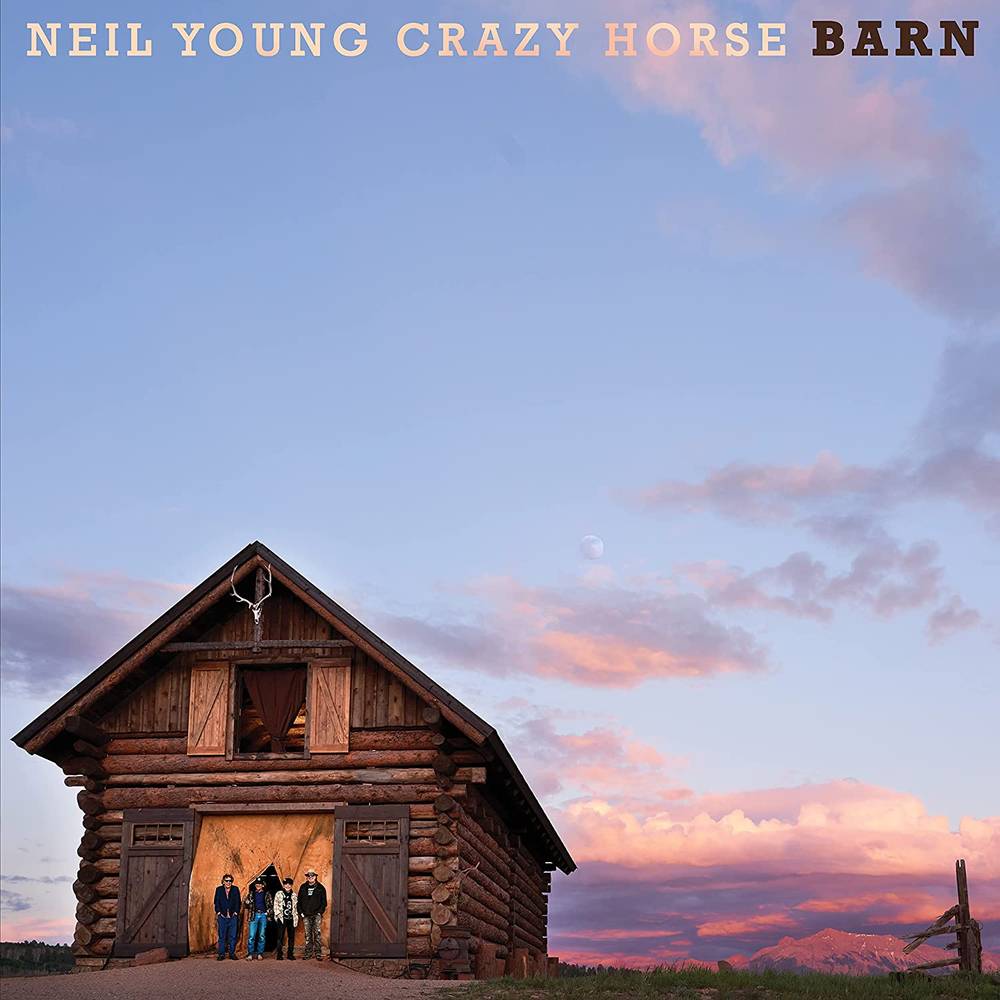 Special edition of the album includes 6 photographs from the Barn sessions.

BARN, the new Neil Young/Crazy Horse album was recorded in a remote, restored, 19th century log barn. This musical family has played together for a half century, yet they continue creating new music. Neil and the Horse fans have long shouted for “more barn” and here it is… 10 new songs that capture the wild, rock and roll spirit, the idiosyncratic raw sound and the lyrical beauty that epitomizes a classic NYCH collaboration. The last song appeared on the last morning and was recorded just an hour later during a pounding hailstorm and during the full moon.

The album was recorded this summer over a handful of days. The ten new songs encompass all that Neil Young with Crazy Horse are known for, beautiful romantic acoustic ballads, powerhouse electric rockers and insightful rollicking tunes that stick with you.

Niko Bolas was parked adjacent to the barn, in an exquisite analog mobile recording truck, Le Mobile ready to capture and mix the album on the spot. Produced by The Volume Dealers – Neil Young and Niko Bolas, the album will be released on vinyl, CD, cassette and digitally. There will also be a deluxe edition that will include the LP, CD. and Blu-ray film.Special edition of the album includes 6 photographs from the Barn sessions.