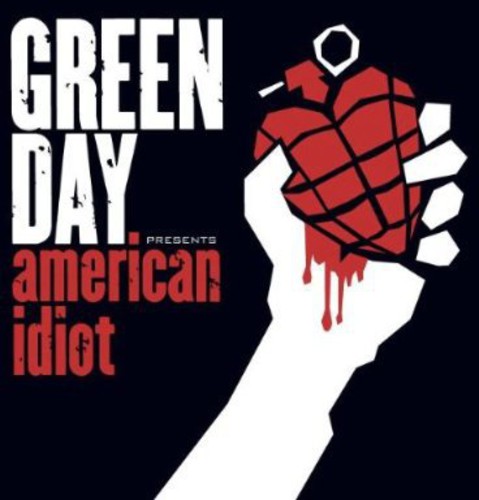 The first original album since 2000 from modern rock superheroes Green Day, AMERICAN IDIOT is one of the most anticipated and controversial albums of the year. Scathing yet self-effacing as it tells the tale of Green Day's Billie Joe Armstrong, AMERICAN IDIOT is the punk rock epic.

''American Idiot'' is the seventh studio album by the American punk rock band Green Day. It was released on September 21, 2004 through Reprise Records and produced by longterm collaborator Rob Cavallo. In mid-2003, the band began recording songs for an album titled ''Cigarettes and Valentines''. However, the master tracks were lost and the band decided to start over rather than re-record ''Cigarettes and Valentines''. They decided to produce a rock opera, inspired by the work of The Who and numerous musicals. It follows the life of "Jesus of Suburbia", a sort of anti-hero created by Billie Joe Armstrong. Following early recording at Oakland, California's Studio 880, the band finished the album in Los Angeles.

The album achieved popularity worldwide, charting in 26 countries and reaching number one in nineteen of them, including the United States and the United Kingdom. Since its release, ''American Idiot'' has sold over 15 million copies worldwide and over 6 million copies in the US including 267,000 in its opening week. The album won numerous awards including a Grammy for Best Rock Album, and received acclaim by critics. - Wikipedia