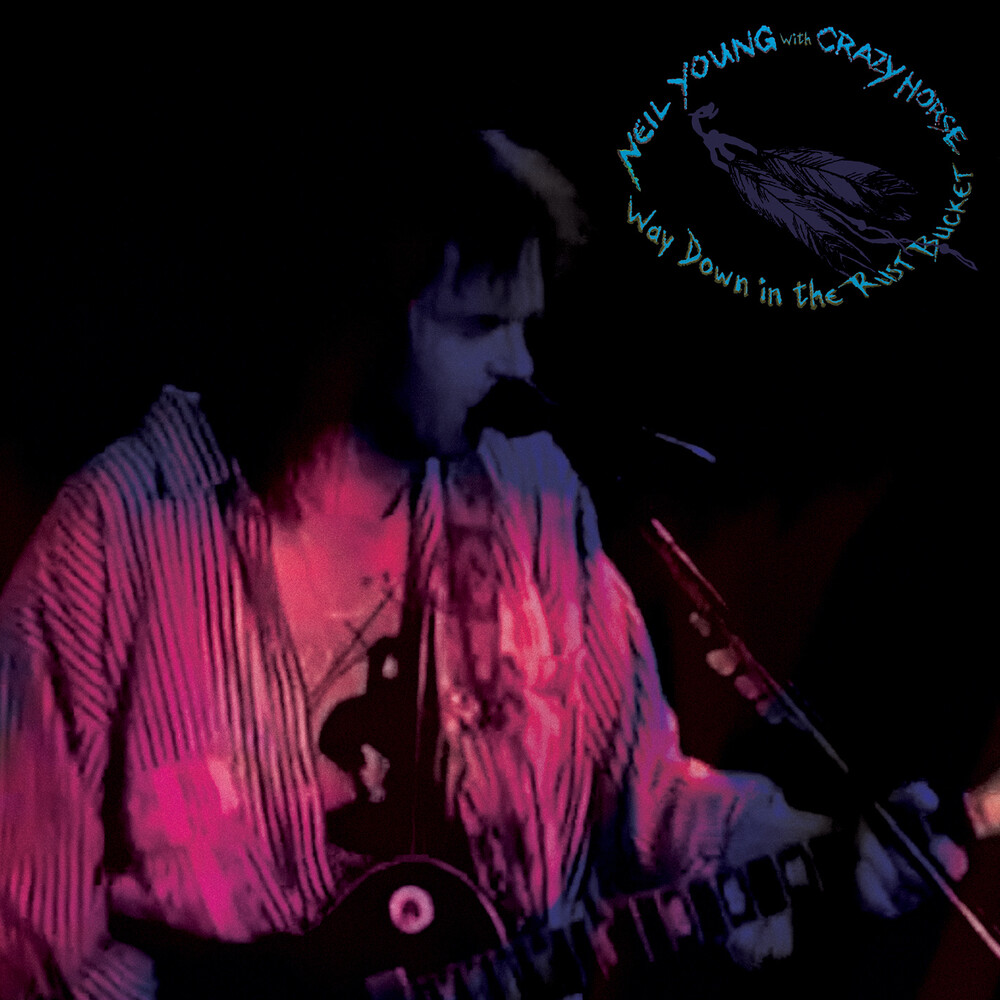 In the spring of 1990, Neil Young and Crazy Horse recorded at Young's Broken Arrow Ranch in NorthernDescription: California. The resulting album, "Ragged Glory", would be released later in the year on September 9th. On November 13th1990, Neil and the Horse performed at The Catalyst - the small bar in Santa Cruz, CA, that Neil Young occasionally played in the 1970's, '80's and '90's. The marathon show lasted over 3 hours and featured the band in tremendous form, playing three blistering sets. It would be the first time many of the Ragged Glory songs were played live, and notably featured the first time "Dangerbird" would be performed live - 15 years after it was released on Zuma. The entire show was filmed and recorded by Shakey Picture's LA Johnson and is now being released as a CD, vinyl and DVD as "Way Down in The Rust Bucket" - #11.5 in Neil Young's Performance Series. "Way Down In The Rust Bucket" is being released on February 26th 2021 as a 4 LP vinyl box set, a 2 CD set and a deluxe edition box set containing a DVD of the concert, plus 4 LPs and 2 CDs.