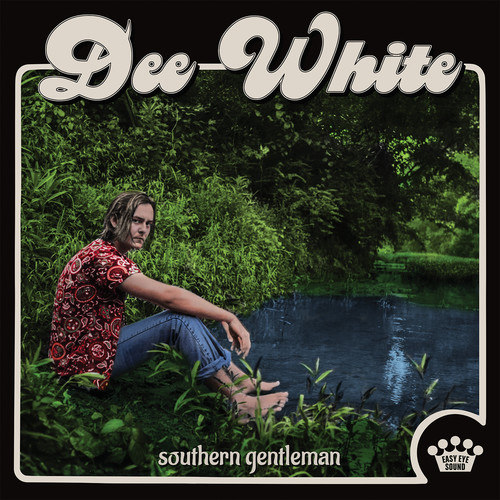 Dee left college and began making trips to Tennessee, where he found another mentor in Dan Auerbach. Together, the two co-wrote a number of new songs, often teaming up with additional composers in town. Allison Krauss sings on four songs, lending her gossamer harmonies to album standouts like "Bucket of Bolts" and "Tell the World I Do." A world-class vocalist, she found a kindred spirit in the 19 year-old Dee, whose unforced vibrato and effortless tone floored her. During one recording session, she pointed to Dee in the vocal booth and announced, "From now on, you only sing with me." Not bad for a Nashville newcomer."It would be two of us," Dee remembers, "and Dan would rotate these other writers — all older guys who loved classic music — in and out of the writing room every day. Each write would be completely different, which is why each song on the album sounds so unique."Eventually, they whittled down the list of songs to two-dozen finalists. They then recorded all twenty-four songs in two weeks, using Auerbach's studio — Easy Eye Sound, a playground of vintage gear and analog equipment — as their home base. TITLE HERE features ten of those tunes, along with guest appearances by a number of titans from the folk, country, and bluegrass worlds.The guest list doesn't stop there. Fellow Nashville newcomer Ashley McBryde duets with Dee on "Road That Goes Both Ways," their voices backed by sweeping strings and steel guitar. Auerbach himself plays guitar throughout the album, while first-class sideman like Bobby Wood (keyboardist for Elvis Presley and Garth Brooks), Bubba Chrisman (drummer on Dusty Springfield's "Son of a Preacher Man"), and Billy Sanford (the man behind Roy Orbison's "Pretty Woman" guitar riff) all appear on multiple tracks. On an album filled with all-star musicians, however, it's Dee White who shines the brightest, filling Southern Gentleman with a mix of youthful energy, rich lyrical metaphors — particularly "Rose of Alabama," a cheating song dressed up as an achingly gorgeous ballad — and swooning melodies."We were just trying to write standards," says Dee.Stripped free of pitch correction and studio trickery, Southern Gentleman is an honest portrayal of a 19 year-old natural. Dee White's songs are classics-in-the-making, inspired by traditional sounds but happily rooted in the 21st century. This isn't a throwback record. Instead, it's a contemporary, ageless album — one that packs just as strong a punch today as it would've 50 years ago.