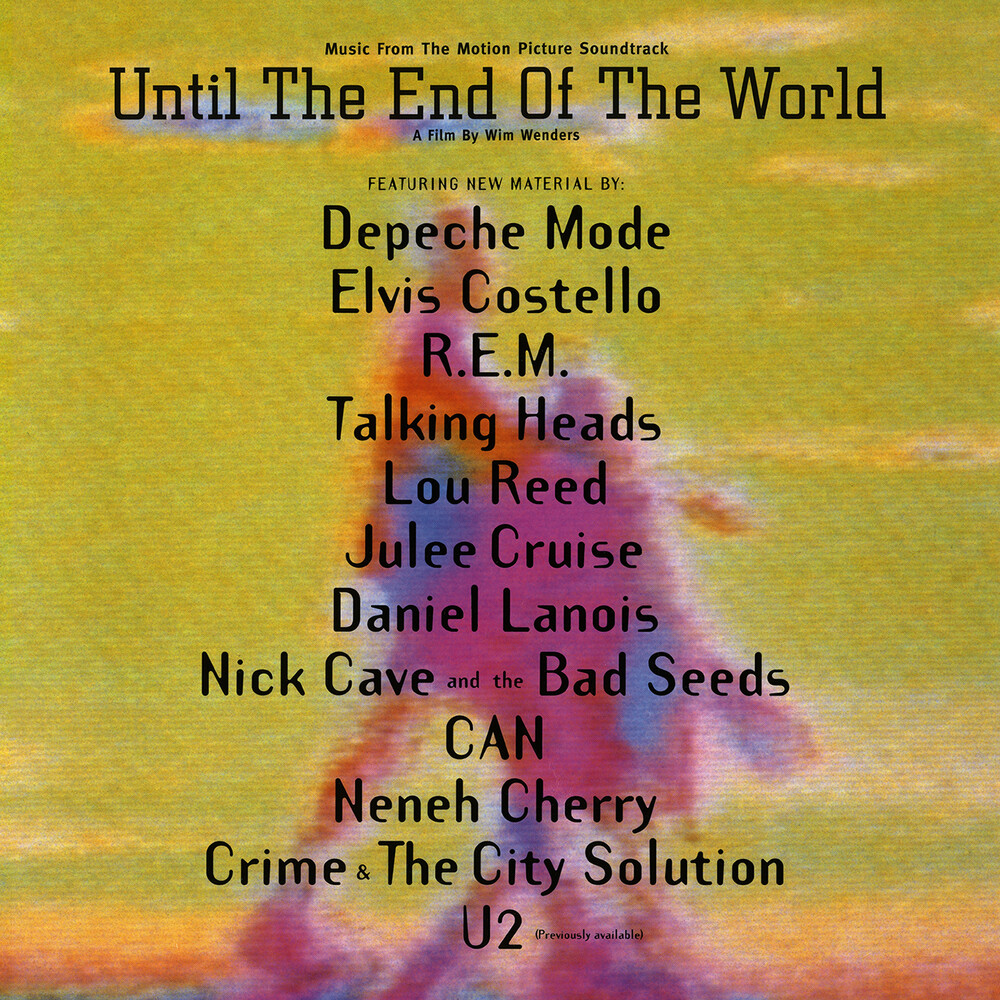 Until The End Of The World is a soundtrack album to the film of the same name, released in 1991 on Warner Records. One song on the album, U2’s “Until The End Of The World,” had been previously released on that band’s 1991 album Achtung Baby, albeit in a different version. All of the other tracks were original contributions, although some appeared on subsequent albums or greatest hits albums by the participating artists. Features songs by The Talking Heads, Lou Reed, Can, R.E.M, Elvis Costello, Nick Cave & The Bad Seeds, T-Bone Burnett, U2, Daniel Lanois and others. The album peaked at #114 on the US Billboard chart in 1992 and received a 4 star review by the Allmusic Guide.