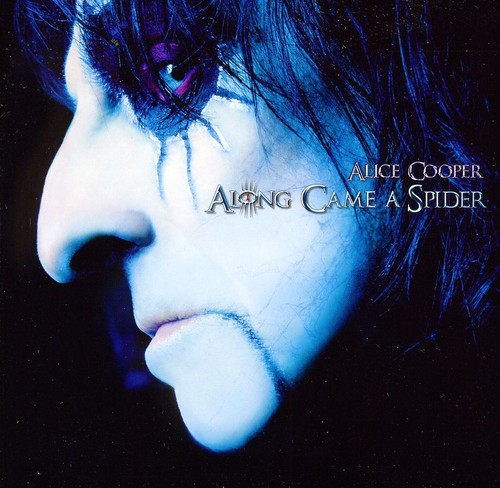 Alice Cooper's 25th studio album, re-released. Slash and Ozzy Osbourne perform as guests on two tracks. Contains 3 bonus tracks not included on the original 2008 release: 'Shadow of Yourself', 'I'll Still Be There' and 'Salvation (Acoustic Unplugged).'

Cooper first revealed the album's storyline on his radio show Nights with Alice Cooper and that the theme revolved around a "cool, calm and collected" serial killer named Spider. The police are baffled by the bodies of Spider’s victims, which are cocooned in a silk web, and are each missing a leg. Spider's task is to collect eight legs in order to complete the construction of his own spider. However, things get complicated when he falls in love with his eighth victim. The theme of the album, i.e. that of a serial killer/psychopath terrorising female victims, could be said to be revisiting territory explored on 1987's ''Raise Your Fist and Yell''. In addition, the last minute of the album, on the track "I Am The Spider" also makes reference, through a spoken outro by Cooper, to Steven. Steven was a character best-known from 1975's ''Welcome to My Nightmare'' - he also resurfaced on the final track of 1991's ''Hey Stoopid'' and again on the 1994 concept album ''The Last Temptation''.

The album had originally been marked for release in 2007, but problems with producer scheduling and a busy touring schedule caused it to be delayed a year. A number of songs and demos for the album were prepared and short listed during 2007, and further recording and writing work took place on the album in February 2008. In an interview with ''Billboard'' Cooper stated that the album was 75% done as of April 18, 2008. The album's first single, "Vengeance Is Mine", debuted on Cooper's official MySpace profile and website.