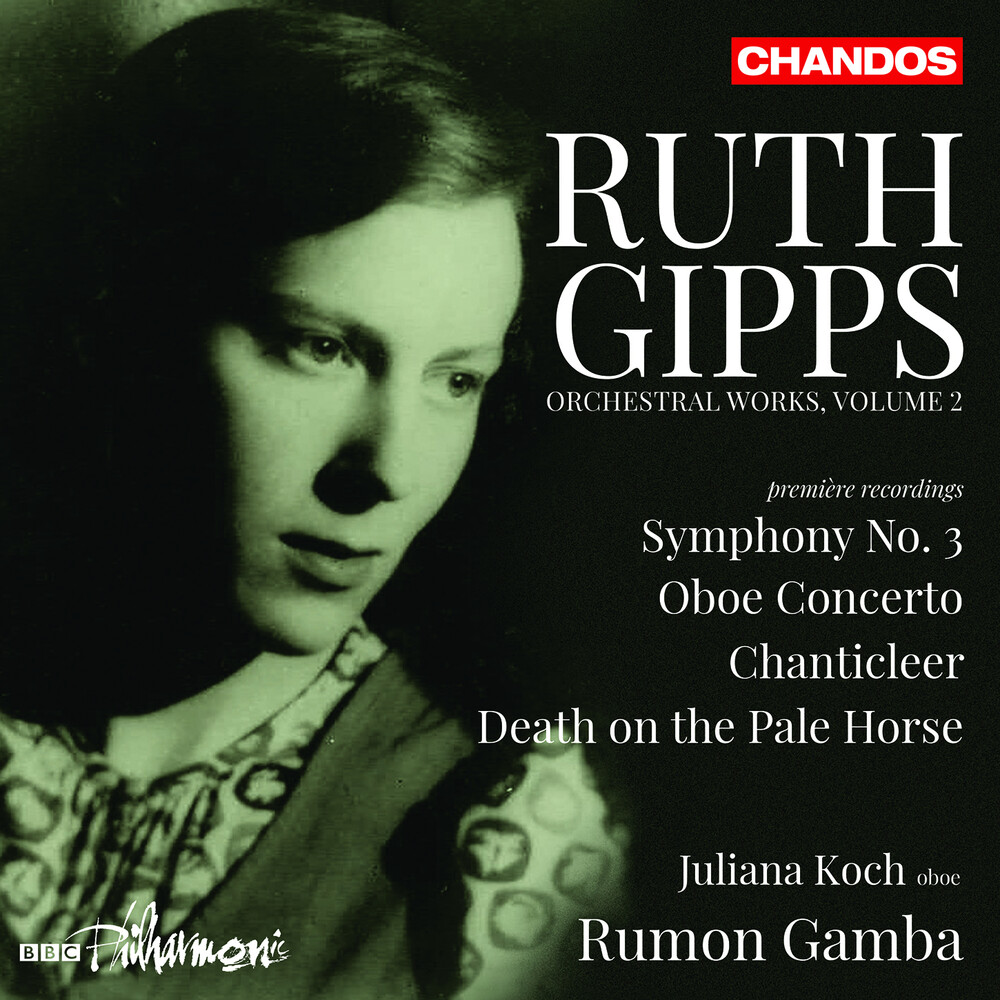 Ruth Gipps (1921 - 1999) was born in the English seaside resort of Bexhill-on-Sea. Encouraged as a child by an ambitious pianist mother, she appeared locally as a prodigy pianist. She was accepted by the Royal College of Music in 1937, at the age of sixteen, having won the Caird Scholarship. She quickly matured, both as composer and pianist. She studied with Vaughan Williams and Gordon Jacob, and later the oboe with Leon Goossens. During the Second World War she gained a position as oboist with the City of Birmingham Orchestra and devoted a great deal of her time to composing. Three of the works on this album were composed during the war: the Oboe Concerto, the tone poem Death on the Pale Horse, and the overture Chanticleer (derived from an opera which, sadly, she never completed). The manuscript of the Third Symphony is dated 1 November 1965 and the work was first heard when Gipps introduced it with her London Repertoire Orchestra, on 19 March 1966. It's first professional performance took place on 29 October 1969, Gipps directing the BBC Scottish Orchestra, but it has since gone largely unheard, until now.