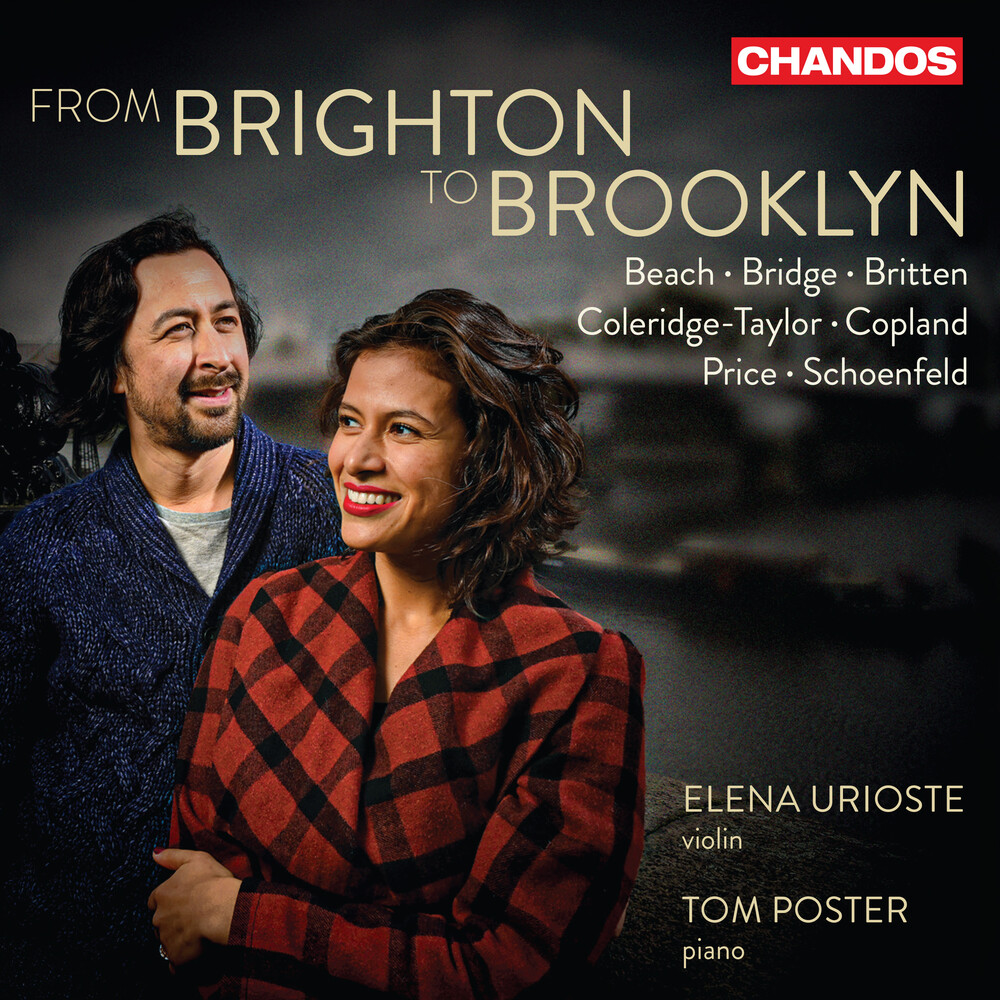 Elena Urioste is a musician, yogi, writer, and entrepreneur, while Tom Poster is a musician whose skills and passions extend well beyond the conventional role of the concert pianist; they are musical and (now married) life partners. From Brighton to Brooklyn is an exploration and celebration of their British and American backgrounds and mutual fascination with music from each-other's home country. They comment: 'All the pieces by English and American composers on this recording deserve to be heard far more often than they are: none would be considered core repertoire, yet every one of them captivates through it's composer's distinctive voice. Some of the pieces have been known to one or both of us for many years; others we discovered only when we were dreaming up this recording. With the exception of Coleridge-Taylor's soaring, impassioned Ballade, this is a collection of miniatures and character pieces. Some, such as the works by Beach and Bridge, transport us to a world of elegant salons; others, such as the pieces by Britten and Schoenfeld, are colorfully virtuosic and certainly gave us a shot of adrenaline in the recording studio! Bridge's Heart's Ease, with which the album closes, perfectly encapsulates a more general tendency among our chosen pieces to convey the listener to another world, using relatively few notes, and it has become a particular favorite of ours. We hope that you, too, will discover some new treasures here.'