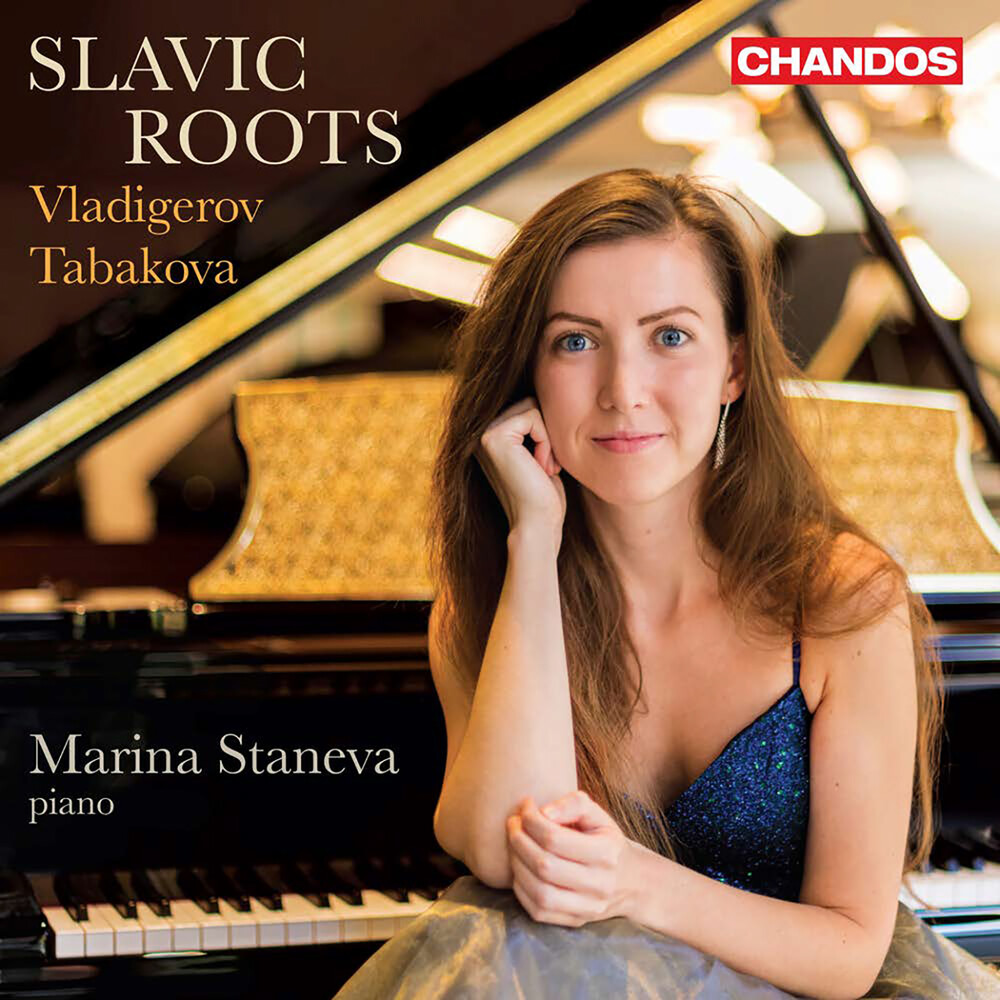 Awarded the title Young Steinway Artist in 2020, the Bulgarian pianist Marina Staneva received the 2019 Sam Hutchings Piano Prize and was a 2018 Britten-Pears Young Artist. She has been praised for her serious talent, outstanding musicianship, extraordinary instinctive artistry, and fine technical command. For this her début recording, she presents works by two contrasting Bulgarian composers. Pancho Vladigerov was arguably the most influential Bulgarian composer of all time. He was one of the first successfully to combine idioms of Bulgarian folk music and classical music. He was also among the founding members of the Bulgarian Contemporary Music Society (1933), which later became the Union of Bulgarian Composers. The British-Bulgarian composer Dobrinka Tabakova studied composition under Simon Bainbridge, Diana Burrell, Robert Keeley, and Andrew Schultz. Her composition Praise was sung at St Paul's Cathedral to celebrate the Golden Jubilee of Queen Elizabeth II, and she has received commissions from the Royal Philharmonic Society, BBC Radio 3, Cheltenham Music Festival, Britten Sinfonia, Three Choirs Festival, Wigmore Hall, and, in 2014, the PRS Foundation's first UK New Music Biennial.