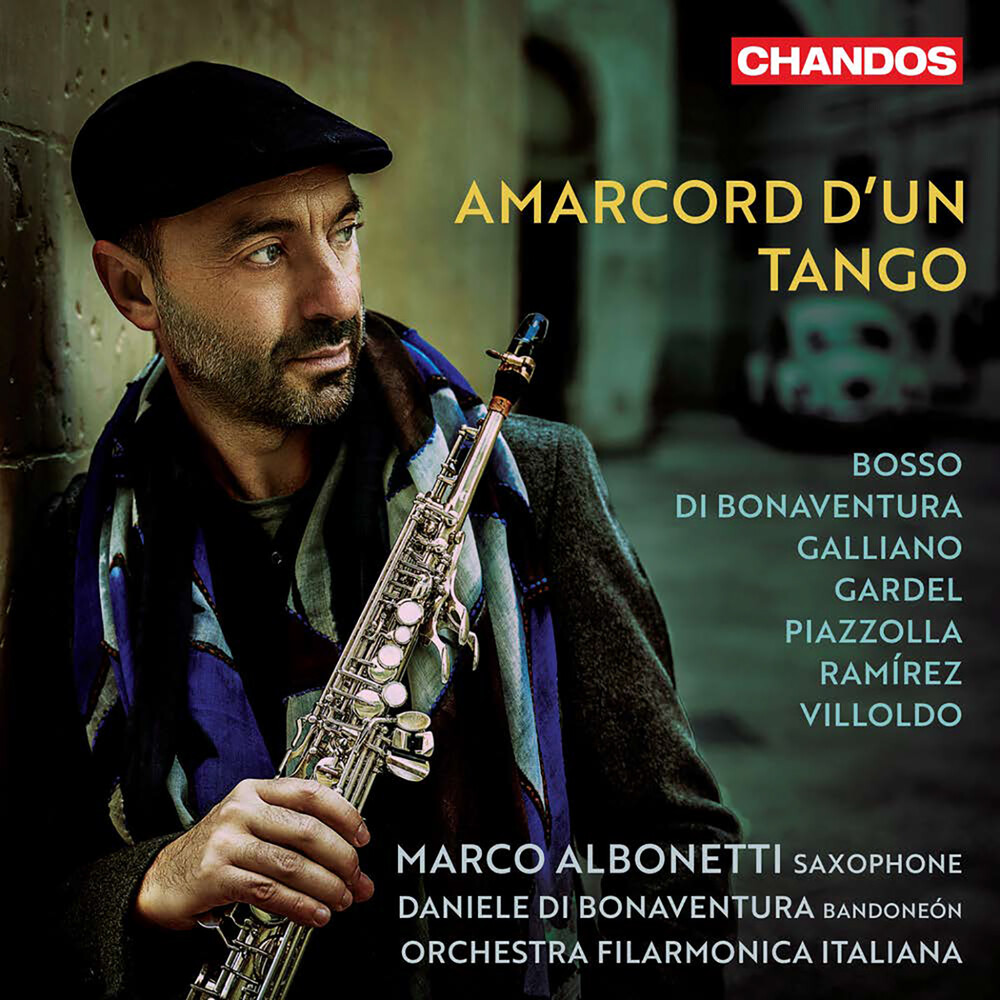 Marco Albonetti writes: '"Amarcord" signifies memory, the nostalgic re-enactment of the past. Here, it evokes the idea of joining two instruments, the saxophone and the bandoneón, both of which were invented in the middle of the nineteenth century. The bandoneón, created as a more agile substitute for the organ in the world of sacred music in Germany, was brought by German immigrants to Buenos Aires, where it became central to the tango, a music enlivened by rhythmic ideas from Africa and inextricably linked to dance. The saxophone - the central character of an adventure story which originated in Belgium, from which the instrument travelled to America where it discovered it's promised land - executes the mellow melodies of the tango with a lightness, a pliancy, and a tone that further intensify the feelings running through them. Amarcord d'un Tango was created to offer the listener a brief journey through the history of the tango. Composed in 1903, Villoldo's El choclo is one of the oldest examples of the genre. The well-known melodic tangos Por una cabeza and Sus ojos se cerraron are by the great singer Carlos Gardel, who died tragically in a plane accident, in 1935. I include a homage to Astor Piazzolla, on the thirtieth anniversary of his death. The album opens with his Triunfal, the piece that, thanks to Nadia Boulanger, created awareness and spurred the metamorphosis of Piazzolla's "nuevo tango". It represents the ideal point of embarkation.'