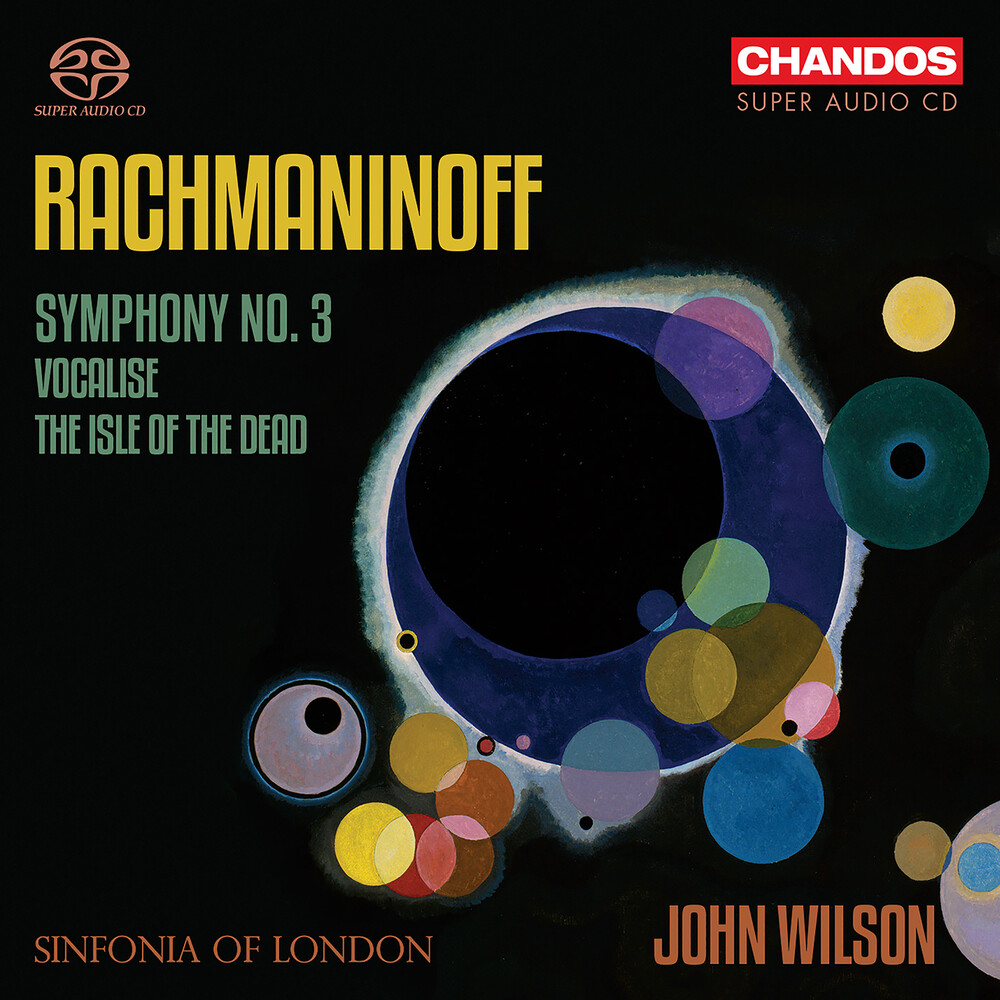 Rachmaninoff's tone poem The Isle of the Dead was composed in Dresden in 1908 - 09, inspired by the 1880 painting of that name by the Swiss symbolist Arnold Böcklin. The painting depicts a ferryman rowing a coffin towards the Isle of the Dead, and Rachmaninoff, unusually setting the piece in five beats to the bar, captures the atmosphere and the motion of oars in the water in the most extraordinary detail. Dedicated to the outstanding Ukrainian-born coloratura soprano Antonina Vasilyevna Nezhdanova, the 'Vocalise' was first performed, by her with the composer, in January 1916. After creating a version with orchestral accompaniment, Rachmaninoff then produced the version heard here, for orchestra alone. Following the Russian revolution and his exile to the USA, the compositional output of Rachmaninoff declined dramatically. In great demand both as a virtuoso performer and as a conductor, he toured extensively, but struggled to incorporate 'modern music' into his compositional style. In the mid 1930's he acquired a holiday villa in Lucerne, and surprised the world with his 'Paganini' Rhapsody, quickly followed by the Third Symphony. Sinfonia of London and John Wilson demonstrate exceptional ensemble playing throughout, and their glowing string sound suits this repertoire perfectly.