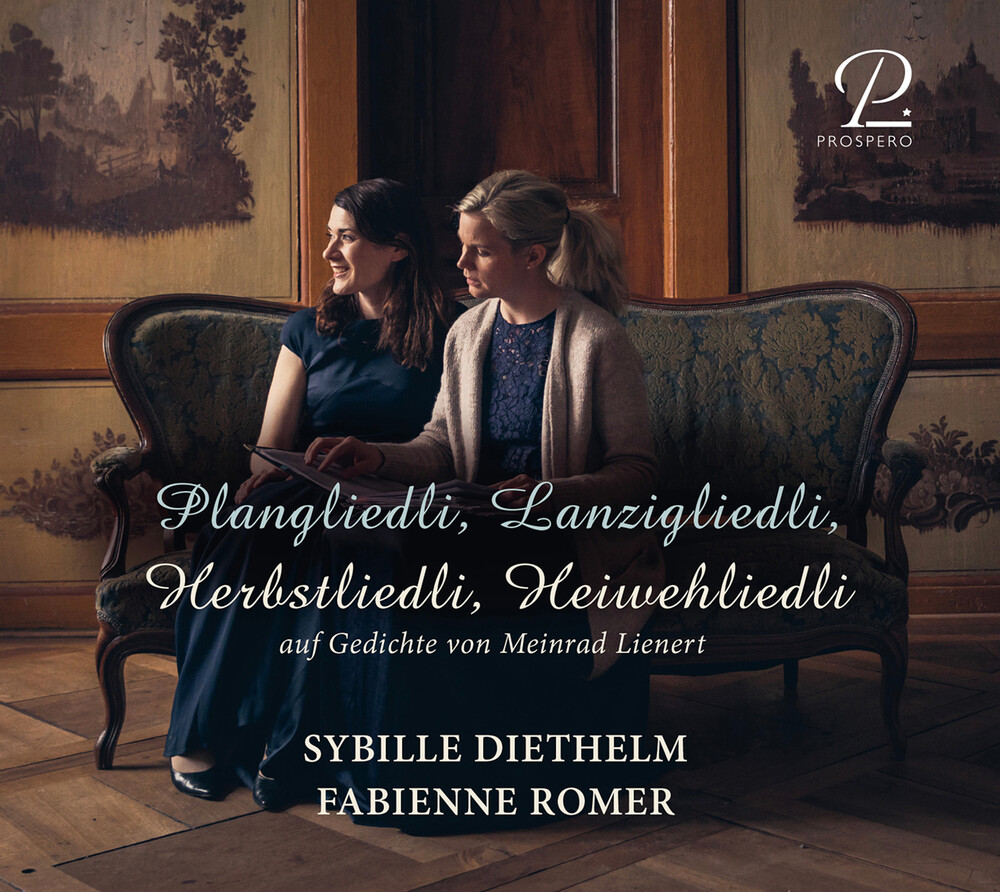 Meinrad Alois Lienert (1865 -1933) is considered one of the most important dialect lyricists in Switzerland. He wrote a large number of poems, stories and novellas, as well as sensitive childhood memories and novels. His "Tales from Swiss History" became a regular popular book. Soprano Sybille Diethelm and her piano accompanist Fabienne Romer have dedicated themselves to the lyrics of this Swiss poet in settings by Swiss composers. Sybille Diethelm grew up in Schübelbach in the canton of Schwyz Canton. In 2004 she began studying voice at the Zürcher Hochschule der Künste with Professor Lena Hauser and in the Lied class of Daniel Fueter and Hans Adolfsen. In 2006, she moved to the Hochschule für Musik und Theater München and was admitted to the Bayerische Theaterakademie August Everding. She studied in the vocal classes of Professor Maria de Francesca-Cavazza, Professor Wolfgang Brendel and Professor Rita Hirner-Lill, as well as in the Lied classes of Professor Juliane Banse, Thomas E. Bauer and Tobias Truniger. In 2010, she obtained the Concert Diploma in Lied and Opera and graduated in March 2012 from her postgraduate studies in both fields. She attended master-classes with Edith Mathis, Barbara Schlick, Silvana Bazzoni-Bartoli and Klesie Kelly. She won several study prize competitions, and is the winner of the 2011 Migros Singing Competition.