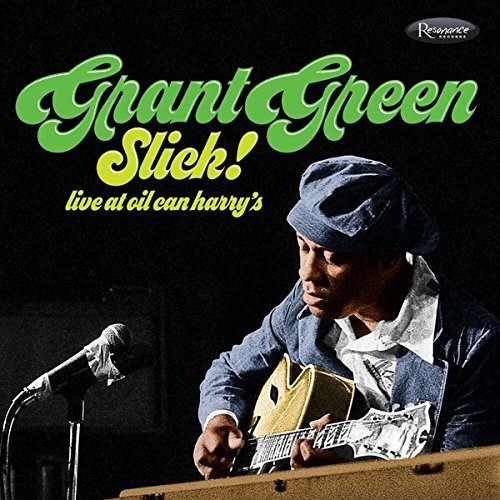 Live archive release. Slick! - Live at Oil Can Harry's is a never-before-released recording from soul-jazz guitar great Grant Green captured live on September 5, 1975 in at a popular club in Vancouver, BC Canada called Oil Can Harry's. Slick!'s centerpiece is the over 30 min. Funk exploration medley of Stanley Clarke's "Vulcan Princess, " "Skin Tight" by the Ohio Players, Bobby Womack's "The Woman's Gotta Have It, " "Boogie on Reggae Woman" by Stevie Wonder and "For the Love of Money" by the O'Jays.