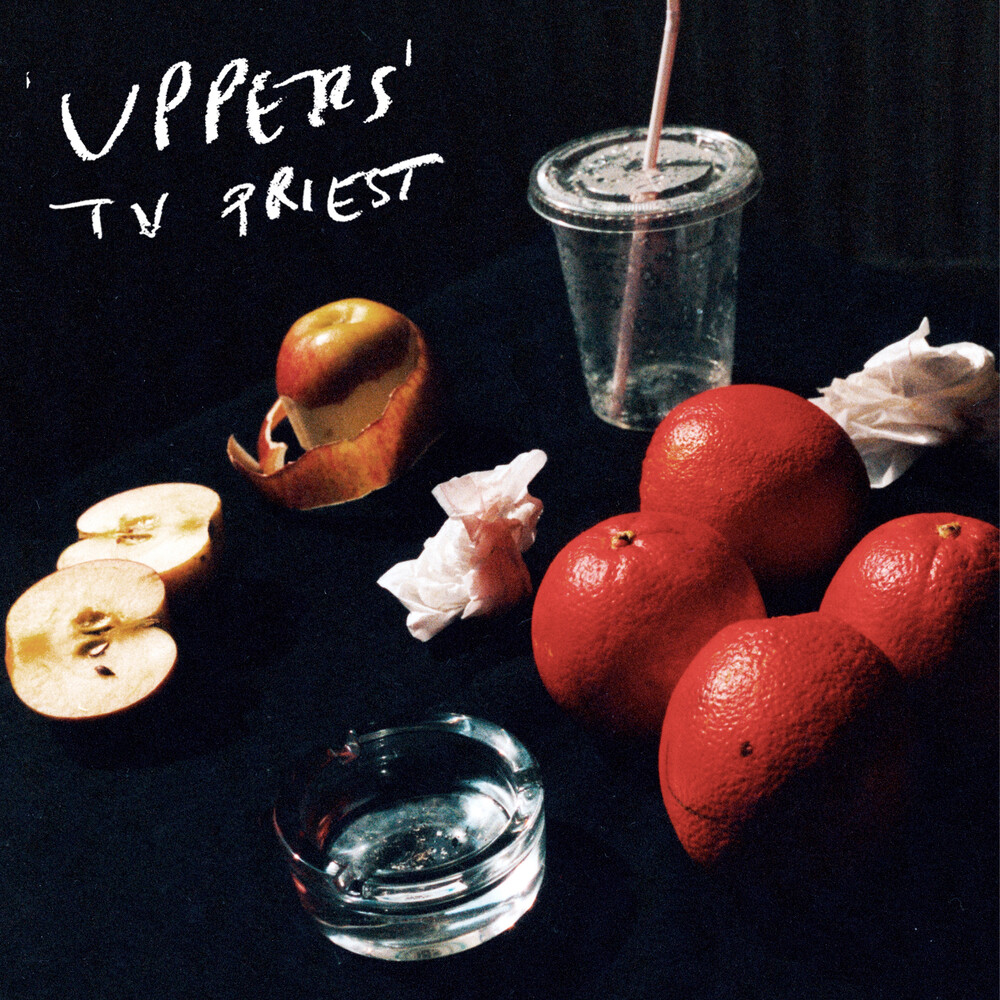 It’s tempting to think that you have all the answers, screaming your gospel every day with certainty and anger. Life isn’t quite like that though, and the debut album from London four-piece TV Priest instead embraces the beautiful and terrifying unknowns that exist personally, politically, and culturally. Posing as many questions as it answers, Uppers is a thunderous opening statement that continues the UK’s recent resurgence of grubby, furious post-punk music. It says something very different though – something completely its own. Four childhood friends who made music together as teenagers before drifting apart and then, somewhat inevitably, back together late in 2019, TV Priest was borne out of a need to create together once again, and brings with it a wealth of experience and exhaustion picked up in the band’s years of pursuing ‘real life’ and ‘real jobs’, something those teenagers never had. Last November, the band – vocalist Charlie Drinkwater, guitarist Alex Sprogis, bass and keys player Nic Smith and drummer Ed Kelland – played their first show, to a smattering of friends in what they describe as an “industrial freezer” in the warehouse district of Hackney Wick. “It was like the pub in Peep Show with a washing machine just in the middle…” Charlie laughs, remembering how they dodged Star Wars memorabilia and deep fat fryers while making their first statement as a band. Unsurprisingly, there isn’t a precedent for launching a band during a global pandemic, but among the general sense of anxiety and unease pervading everything at the moment, TV Priest’s entrance in April with the release of debut single “House Of York” - a searing examination of the Monarchy set over wiry post-punk and fronted by a Mark E. Smith-like mouthpiece - served as a breath of fresh air among the chaos, its anger and confusion making some kind of twisted sense to the nation’s fried brains. It’s the same continued global sense of anxiety that will greet the release of Uppers, and it’s an album that has a lot to say right now. Taking musical cues from post-punk stalwarts The Fall and Protomartyr as well as the mechanical, pulsating grooves of krautrock, it’s a record that moves with an untamed energy. Over the top of this rumbling musical machine is vocalist Charlie, a cuttingly funny, angry, confused, real frontman. Uppers sees TV Priest explicitly and outwardly trying to avoid narrowmindedness. Uppers sees TV Priest taking musical and personal risks, reaching outside of themselves and trying to make sense of this increasingly messy world. It's a band and a record that couldn’t arrive at a more perfect time.