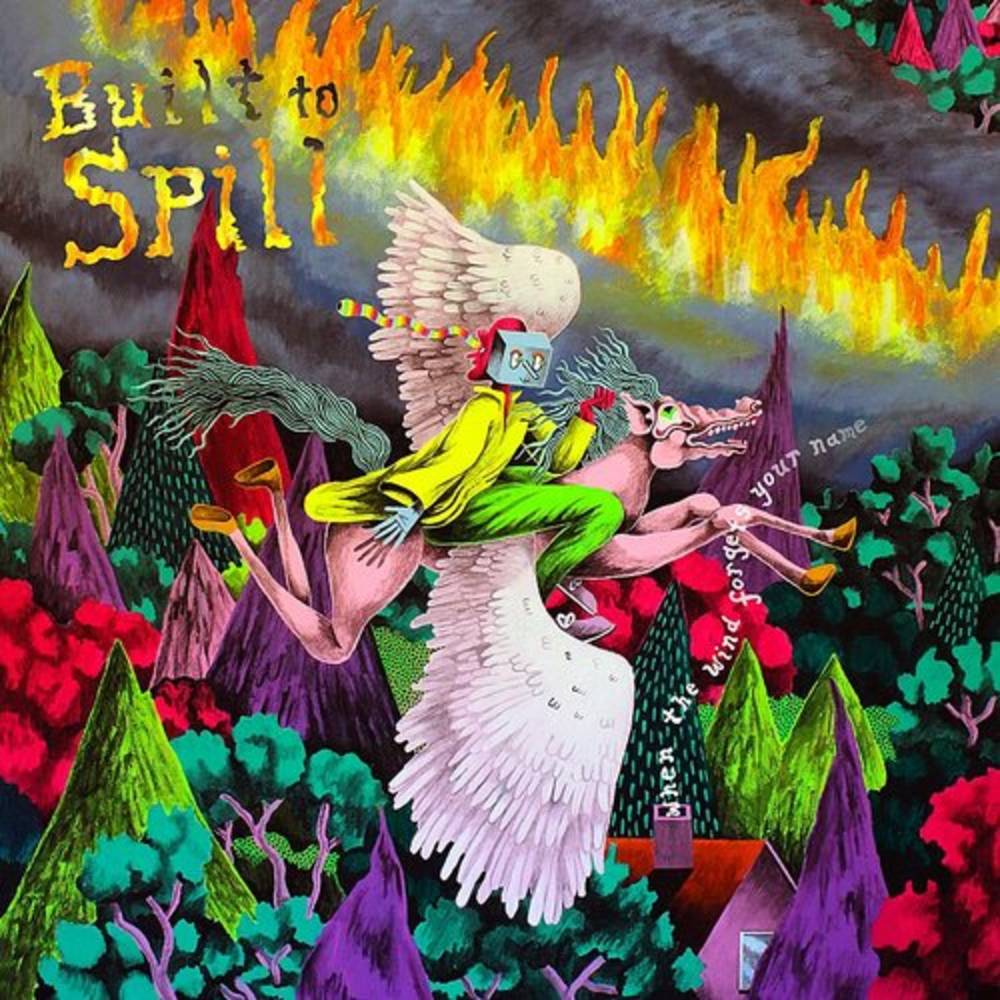 Since the band’s inception in 1992, Built to Spill founder Doug Martsch intended his beloved band to be a collaborative project, an ever-evolving group of musicians making music and playing live together. “I wanted to switch the lineup for many reasons. Each time we finish a record I want the next one to sound totally dierent. It’s fun to play with people who bring in new styles and ideas,” says Martsch. “And it’s nice to be in a band with people who aren’t sick of me yet.”

Following several albums and EPs on Pacific Northwest independent labels, including the indie-rock classic, There’s Nothing Wrong With Love, released on Sub Pop oshoot Up Records in 1994, Martsch signed with Warner Brothers from 1995 to 2016. He and his rotating cast of cohorts recorded six more great albums during that time – Perfect From Now On, Keep It Like a Secret, Ancient Melodies of the Future, You In Reverse, Untethered Moon, There Is No Enemy. There was also a live album, and a solo record, Now You
Know. While the band’s impeccable recorded catalog is the entry point, Built to Spill live is an essential force of its own: heavy, psychedelic, melodic, and visceral tunes blaring from amps that sound as if they’re powered by Mack trucks.

Now in 2022, Built to Spill returns with When the Wind Forgets Your Name, Martsch’s unbelievably great new album (and his eighth full-length)... with a fresh new label. “I’m psyched: I’ve wanted to be on Sub Pop since I was a teenager. And I think I’m the first fifty year-old they’ve ever signed.” (The rumors are true, we love quinquagenarians…)

When the Wind Forgets Your Name continues expanding the Built to Spill universe in new and exciting ways. In 2018 Martsch’s good fortune and keen intuition brought him together with Brazilian lo-fi punk artist and producer Le Almeida, and his long-time collaborator, Joăo Casaes, both of the psychedelic jazz rock band, Oruă. Martsch fell in love with their music the moment he heard it. So when he needed a new band for shows in Brazil, he asked them, and the partnership went so well Martsch, Almeida, and Casaes
continued playing together throughout 2019, touring the US and Europe and ultimately recording the bass and drum tracks for When the Wind Forgets Your Name at Doug’s rehearsal space in Boise. After Martsch tracked guitars and vocals, they group collaborated from afar to mix the album.

What emerged is When the Wind Forgets Your Name, a complex and cohesive blend of the artists’ distinct musical ideas. Alongside Built to Spill’s poetic lyrics and themes, the experimentation and attention to detail produces an album full of unique, vivid, and timeless sounds, from guitar-driven rock odes to REM and Dinosaur Jr to bluesy ‘60s style anthems to dub-reggae-inspired instrumentation.

It may have taken us 30 years of obvious fandom and courtship, but on September 9, 2022, Sub Pop Records is unabashedly proud to finally release an excellent new album from Built to Spill: When the Wind Forgets Your Name. Sometimes persistence pays off