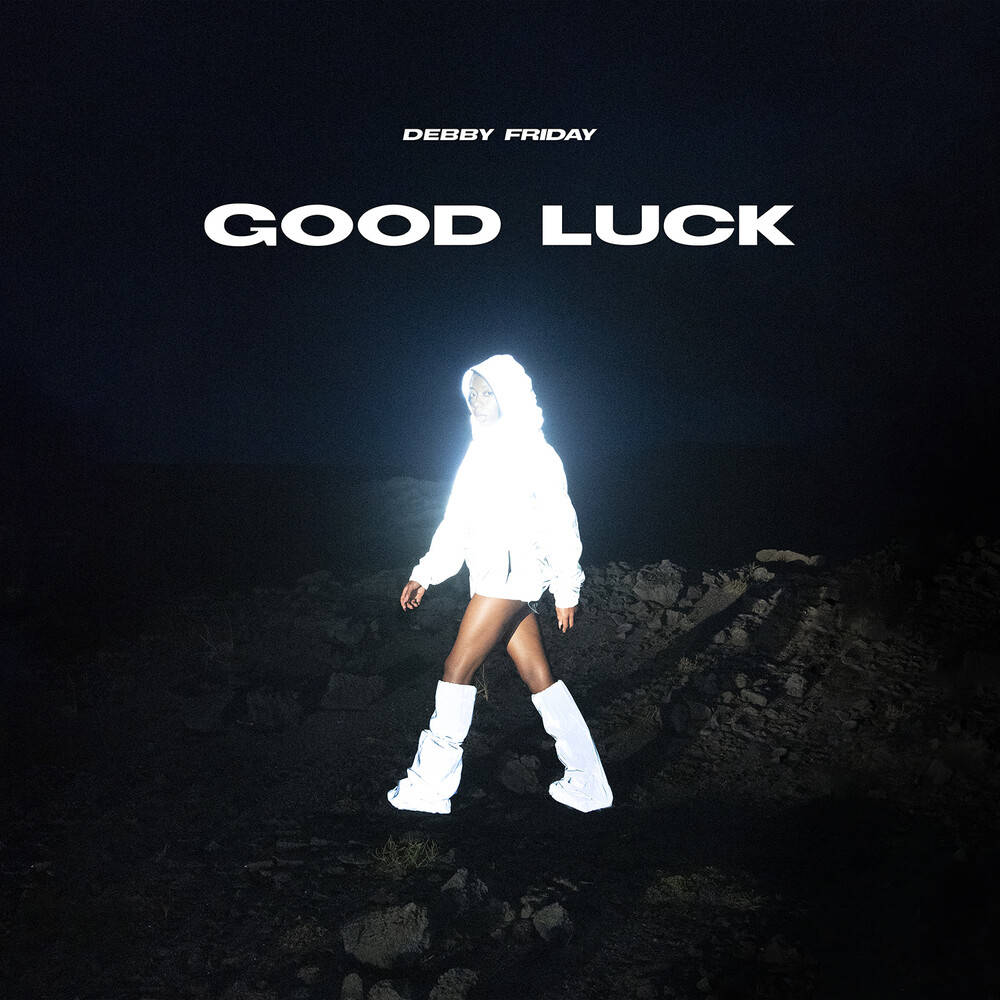 The usual boom-and-bust cycles of growing up - breaking down, gathering the strength to get up, fumbling hard, doing it all over again - can feel unmooring, to say the least, but, and according to Debby Friday, it's tragedies and glories need savoring. Losing illusions, gaining expectations; getting deep into the private, soupy kaleidoscope of what's possible and what's futile - GOOD LUCK, her debut, and supernovic, full-length album, is built on welcoming the journey's complicated drops and mountain highs with something more like grace.Nigerian-born, then an emigré to bits of Canada - from Montreal to Vancouver to Toronto - Debby Friday's roamings through space and time really began when the sun fell. Nightlife was her emancipation from the toughness of home life, and she fell into it, body and soul, totally seduced. Raves til sunrise; house music in unknown basements and warehouses - the lure of the party was the perfect escape. Things that feel good sometimes do fall apart, though. In 2017, after DJing for less than a year, nothing was going the way that she wanted it to go. So she gathered her things and embarked on what would turn out to be the first of a few of her coming-of-age stories. After making the decision to stop herself in her tracks, she pulverized new paths for herself forward. Late-night YouTube tutorials on music production led to an EP, BITCHPUNK, and BITCHPUNK led to her first public performances, and all that gave way to a second EP, DEATH DRIVE. Her art endowed her with the strength she needed to move on. "This is what I was born to do," she goes. "It came to me so naturally and instinctively."So what does it take to hone that power? Discipline - routines, rituals; an MFA, practices of writing and filmmaking, and music-making that guide a person from one day to the next - but something close to mysticism, too. DEBBY'S serious study of astrology, psychology, and philosophy allow her to move through the world, relate to others, and get closer to what's inside her. She believes in what emerges. She believes in making the unconscious conscious. She wants to be in dialogue with the darkness.It's why GOOD LUCK works like such a study in entropy. On the surface, you'll hear smears of Santigold's dub dazzle, the MIDI-crush of Death Grips, but less obviously the plaintiveness of directors like Eric Rohmer, or the grotesque decadence of later-era Sylvia Plath. (Juno Award and Polaris Prize-nominated composer Graham Walsh adds a sort of heft and pull to the genre-flexibility on parade here: think of it a little like Sevdaliza meets FKA Twigs.) Few do it like her, though, and GOOD LUCK spans from lucid, acid housey, high-BPM tracks to melancholia and darkness to striking falsetto pop with assuredness and aplomb. The album GOOD LUCK is being co-released with a short film of the same name, co-directed by FRIDAY and Nathan de Paz Habib (past work includes Eroica, based on Chino Amobi's novel of the same name). It's a story of individuation. It's a love story about a woman and her masked beloved, but outside of the accompanying-but-stand-alone visual, it's all a willing, yearning investigation into what goes on behind the veil of sadness, of cruelty. Because knowing the darkness is the only way to understand the light, but also the greys and the blues and the in-between states. FRIDAY's explorations in GOOD LUCK - delving down into the muck of nuance - are a kind of courage.