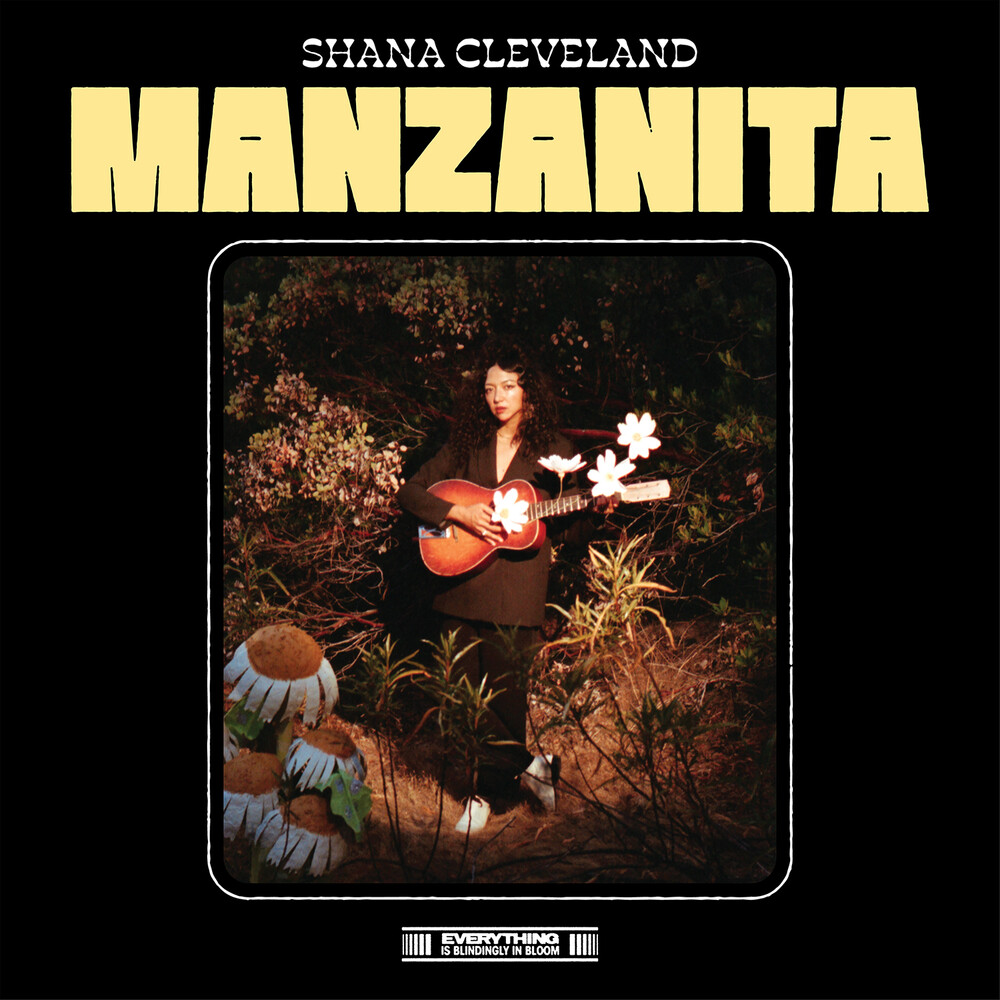 Manzanita is the common name for a kind of small evergreen tree endemic to California which has strong medicinal properties. It's also the name of the brand new full length by visual artist, writer, songwriter, and musician Shana Cleveland. Subtle, powerful, and unafraid. We can't actually tell you how much we love this record because you'd never believe us, so we'll just say that it is her strongest and most personal album to date.These songs are as strong as the bricks in the Brill building, and seem destined to be covered by others in years to come. Where her previous record, 2019's Night of the Worm Moon (Hardly Art) functions as a collection of speculative fictions equally inspired by Afro-futurist pioneers Herman "Sun Ra" Blount and Octavia Butler, Manzanita concerns the love that loves to love. "This is a supernatural love album set in the California wilderness," Cleveland explains.The combinations of words and song structure are so strong throughout that one hardly notices Cleveland's nimble fingerpicking on first listen, or how much is packed into the arrangements. The lyrics are satisfyingly direct, with the buoyantly whimsical descriptions typical of the 1960s New York School of poetry. It's peppered with the kind of unexpected turns that make the words more modern, and in their spookiness they are more West Coast, as in "Mystic Mine," with it's "Mystic Mine Lane, cars rotting away/ I feel so relieved to be/ Back in the country."So much of the pop music we love is propelled by those first blushes of infatuation and lust, but Manzanita concerns the kind of love that one can only experience with time, work, and devotion. Cleveland says: "The songs were all written while I was pregnant (side A) or shortly after my son's birth in that weird everything-has-quietly-but-monumentally-shifted state (side B)," she says. Moving to the country, starting a family, laughing for real at the same joke the thirteenth time you've heard it, surviving heavy shit (this is the first release since Cleveland's successful treatment for a diagnosis of breast cancer at the start of 2022).This is a love album that's somehow populated with the insect world, ghosts, and evil spirits. Sonically, Manzanita sits in a meadow similar to her previous solo records, set back and away from the genre-recombinant garage pop of her band La Luz. This is part due to the fact that there's a different sonic palette in use here. While Cleveland continues to play guitar and vocals; Johnny Goss, who has recorded all of Shana's solo material and early La Luz recordings, and Abbey Blackwell (Alvvays, La Luz) play the bass; Olie Eshleman is on pedal steel; and Will Sprott plays the keyboards, dulcimer, glockenspiel, and harpsichord-little of which would have been out of place on her previous two solo records-Sprott also adds layers of synthesizer infused with the sounds of the natural world.