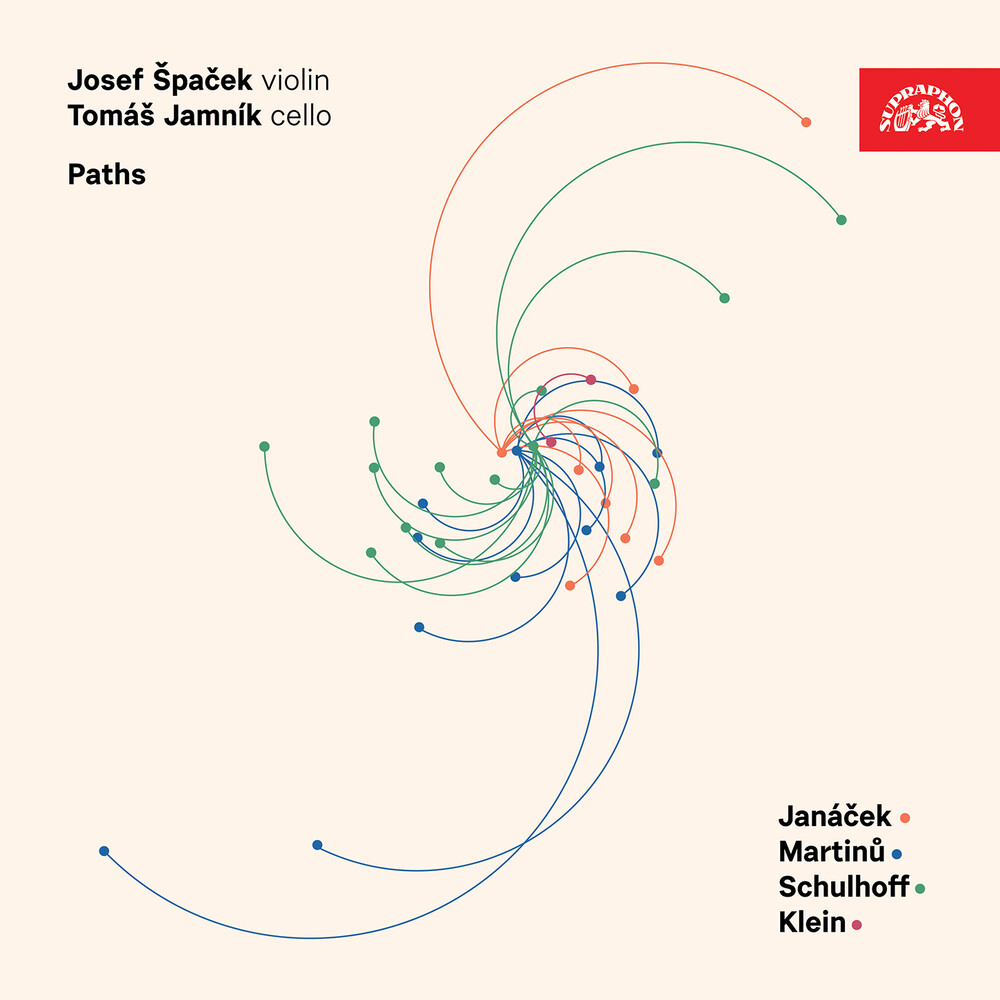 Paths - crossing and diverging, those we choose ourselves and those that are predestined and inevitable: through this prism the violinist Josef Spacek and the cellist Tomás Jamník view the music of four Czech composers written within a mere 35 years of the 20th century. Janácek, enraptured by the idea of Pan-Slavism, was led by desire to Russia, a country where he found inspiration for his string quartet (here in an ambitious arrangement for two instruments), in a novella by Tolstoy. Ervín Schulhoff, an admirer and friend of Janácek's (to whom he dedicated the duo featured on the present album), invested his hopes in Soviet Russia, yet this did not save him from death in a Nazi concentration camp. A similar fate (incarceration in Theresienstadt and Fürstengrube) befell Gideon Klein, another gifted and promising composer, who was murdered by the Nazis at the age of 25. Just two incomplete movements of his remarkable Duo for Violin and Cello have survived. The paths pursued by Bohuslav Martinu - first driven by thirst for knowledge and then forced to flee the Nazis - led from Prague through Paris to the USA, before returning to Europe; yet circumstances did not allow him to see his beloved country again. Martinu wrote his Duo for Violin and Cello No. 2 towards the very end of his life - and it also concludes the album by two brilliant artists. A virtuoso, profound and forcible recording indeed. Virtuosity, vivid joy and deep sorrow - the stories of four composers as reflected in their music.