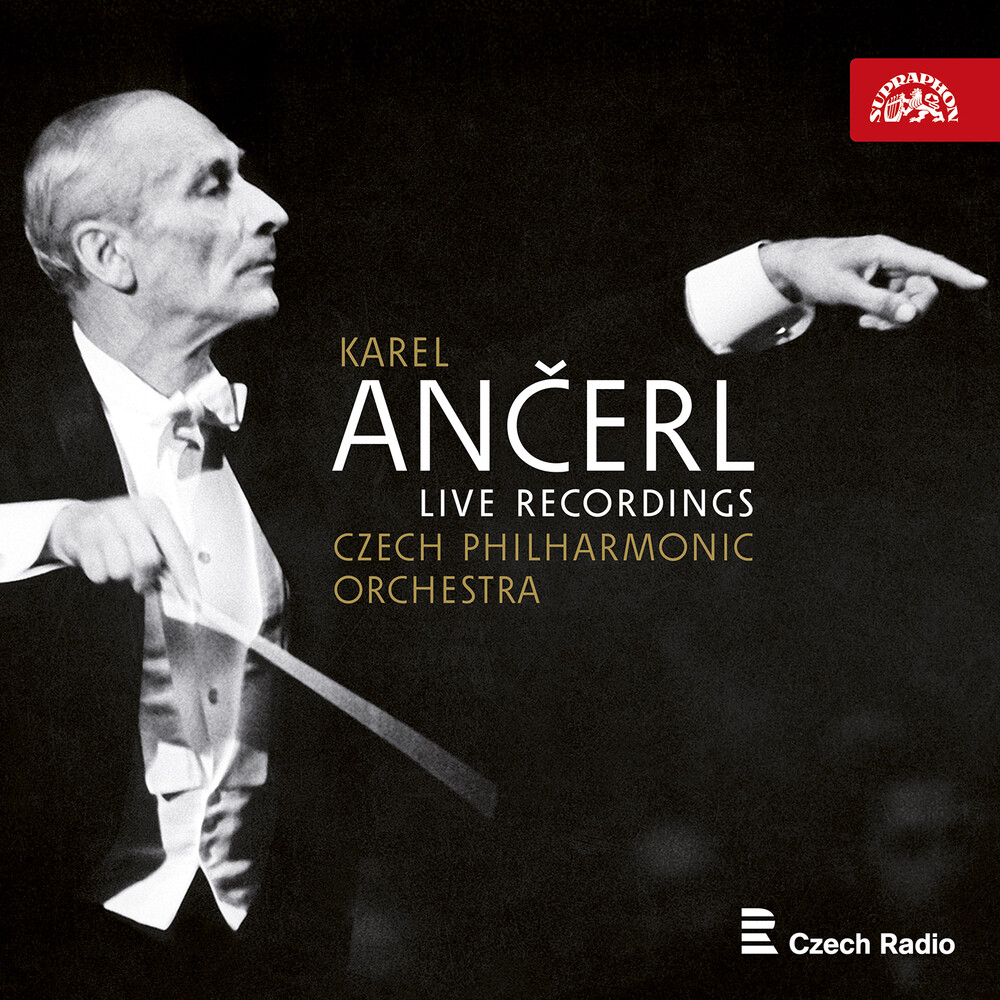 Karel Ancerl. One of the most important conductors of post-war Europe. A man who survived the Nazi concentration camps and the avowed anti-Semitism of communist Czechoslovakia. An artist who, through enormous patience and dedication, built the Czech Philharmonic into a world-class orchestra and introduced it successfully at the most important concert halls. From 2002 to 2008, Supraphon issued the highly acclaimed Ancerl Gold Edition with the bulk of his artistic legacy, containing nearly his complete studio recordings with the Czech Philharmonic on 48 albums. But that was far from everything. Hidden in the archive of Czech Radio, there is a wealth of concert recordings that gives us a more complete picture of this conductor. From that treasury, on 15 albums, Supraphon has selected repertoire of which studio recordings were not made; that repertoire covers a broad range from Mozart to works by Ancerl's contemporaries. The recordings include masterpieces by Dvorák (Symphonies Nos. 7 and 8, Biblical Songs) and Suk (Asrael, Ripening), music by composers admired and promoted by Ancerl (Martinu Symphony No. 1 and Kabelác Symphony No. 5), and major works of the worldwide 20th-century repertoire (Debussy, Ravel, Strauss, Prokofiev etc.). The only exception of a "duplication" of a studio recording is Smetana's Má vlast. This taping of a Prague Spring Festival concert in May 1968 was one of the last recordings Ancerl made before his definitive departure for Toronto. The concert recordings from the years 1949-1968 document the maturing of this remarkable artist perhaps even more clearly than his studio legacy. Previously unreleased recordings by one of the great conductors of the 20th century