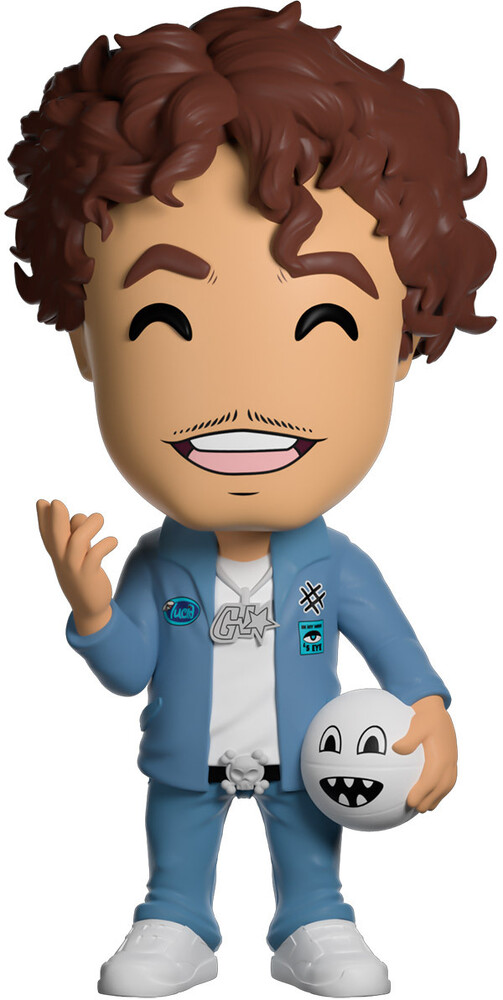 I'm drinkin water and wearing protection. Jack Harlow is immortalized in collectible form with the release of his first Youtooz. Standing 4.8 inches tall, Jack's figure was modeled after his infamous Whats Poppin music video which was released by Lyrical Lemonade at the start of 2020. This collectible is truly designer. Fresh head to toe, wearing crisp, pure white designer sneakers, clean blue jeans, a custom white skull as a belt buckle, plain white t-shirt coated with a jean jacket complete with carefully sculpted patches just like the real thing. Off his neck dangles an iced out chain bearing his logo all while he holds a white basketball which contains a painted eyes and mouth expression. The figure contains a cute smile as well as Jack's curly brown hair. The window box was illustrated by Youtooz artists to mimic the inside of the diner Whats Poppin was filmed in. This figure ships in a matte, embossed, protective outer sleeve.