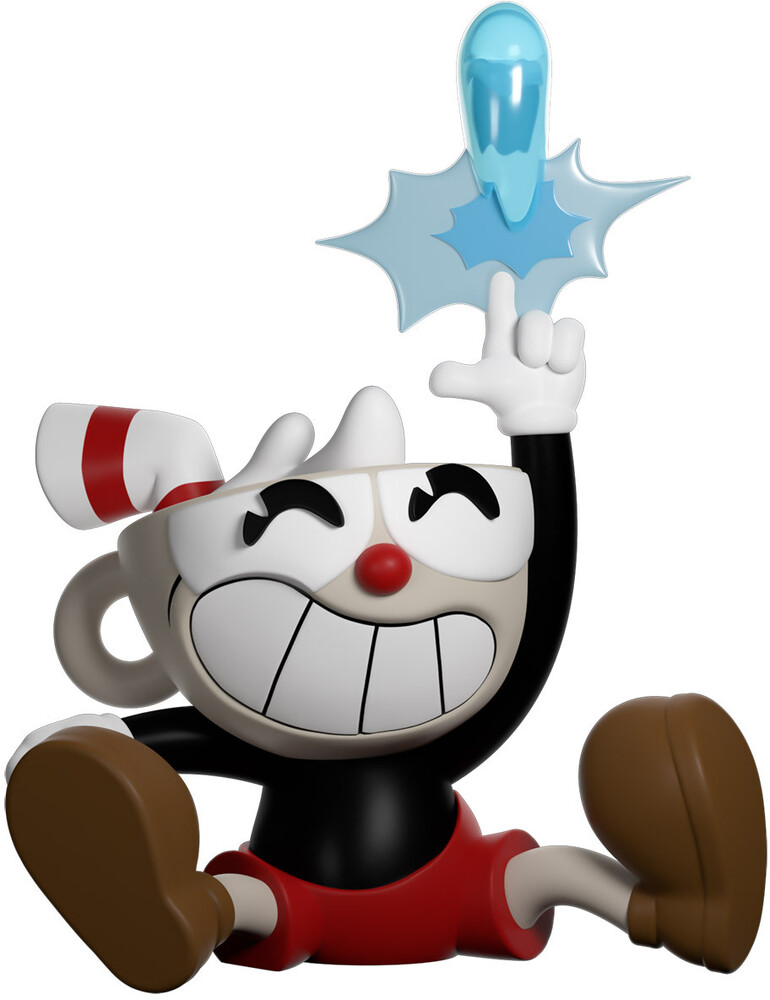 "From the fantastical Inkwell Isles to your home, comes a real doozy of a collaboration. The cartoon world of Studio MDHR's smash-hit Cuphead meets the signature style of Youtooz in this lovingly crafted figurine based on none other than Cuphead himself!Mischievous, brave, and always ready for a swell battle, this grinning Cuphead collectible has a white-gloved finger pointed in the air, as he blasts off one of his trusty bright blue pea shots. Careful attention was paid to capturing everything from the character's teeth, to his straw, to the liquid leaping out of his head. The end result really does feel like Cuphead has jumped out of the game and onto your desk!Cuphead's attack is built out of a transparent blue PVC, giving it the effect of being frozen in time as you wallop your way through one of the game's many screen-filling boss battles. This collectible features a red and yellow illustrated window box which was designed with direct input from StudioMDHR. The packaging features a group of black and white boss characters from the Cuphead universe, as well as the character himself! Cuphead ships in a matte, embossed, protective outer sleeve."