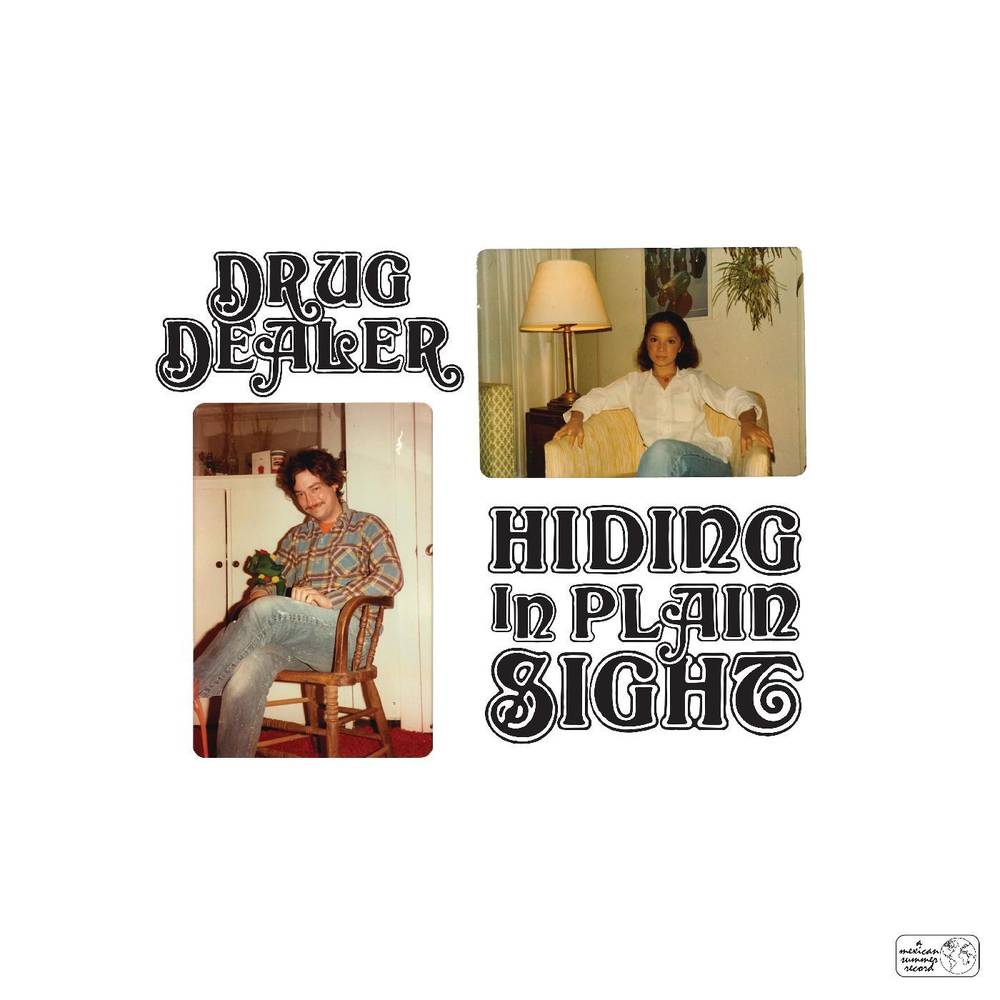 The third and most seasoned Drugdealer album, Hiding In Plain Sight, almost didn't happen at all. Frustrated and insecure with his own singing voice prior to the pandemic, Drugdealer founder and primary songwriter Michael Collins was nearly ready to throw in the towel. While attending Mexican Summer's annual Marfa Myths festival, a chance encounter with artist and composer Annette Peacock changed his outlook. Collins says, "I told her my plight, then I played her a song, and she told me I wasn't singing high enough for my speaking voice. When I returned to LA, I started coming up with new progressions, which I'd modulate up three half steps. It forced me to find a new way to sing." Taking inspiration from a canon of gruff but soulful rock vocalists like Phil Lynott, Nick Lowe, or even Van Morrison, Collins looks back on his nocturnal meanderings through LA's warrens of bars and clubs. He’s right up front in the mix, detailing a search for love in all the wrong places. AM Gold, down-hard love songs, cosmic country and Rhodes-driven grooves result in the most joyful and fully-realized Drugdealer album to date. Hiding In Plain Sight is the sound of Michael Collins and Drugdealer getting their groove back with guests including Tim Presley, Kate Bollinger, Bambina, Sasha Winn, Sean Nicholas Savage, Video Age, and John Carroll Kirby.