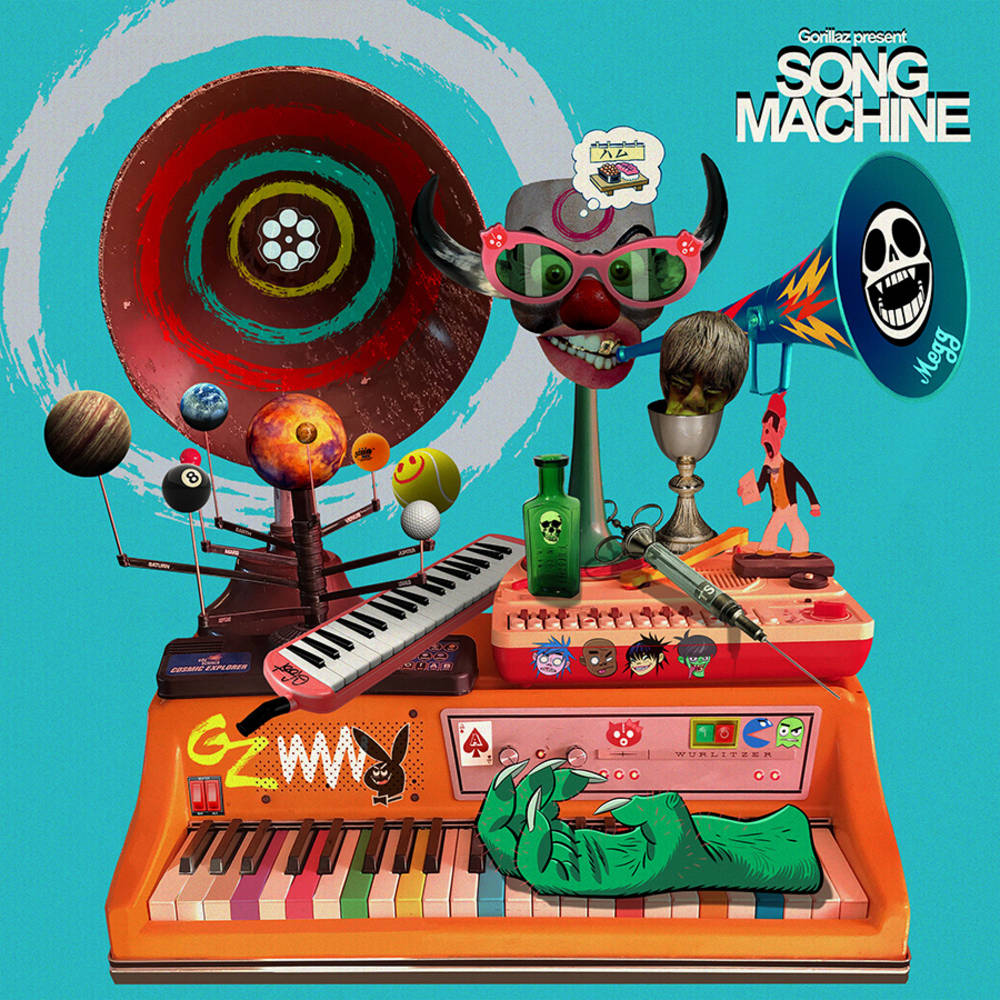 Song Machine, Season One is Gorillaz’ newest concept which started in January 2020, releasing brand new material episodically - as and when it happens – and has continued throughout the year.  The ongoing and ever-evolving process has seen our favourite characters joined by an expanding roster of collaborators captured live in Kong Studios and beyond. The result is an expansive collection of 17 tracks embracing a myriad of sounds, styles, genres and attitudes from a breath-taking line-up of guest artists including Beck, Elton John, Fatoumata Diawara, Georgia, Kano, Leee John, Octavian, Peter Hook, Robert Smith, Roxani Arias, ScHoolboy Q, Slaves, Slowthai, St Vincent and 6LACK, as well as CHAI, EARTHGANG, Goldlink, Joan As Police Woman, JPEGMAFIA, Moonchild Sanelly, Unknown Mortal Orchestra, Skepta and Tony Allen.