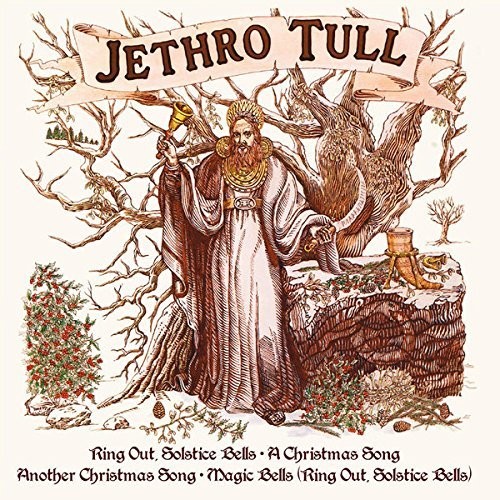 Forty years ago, on November 26, 1976, Jethro Tull released a four song EP. The new 40th anniversary tracklisting on this EP includes two Steven Wilson remixes - "Solstice Bells", and a mix of the previously unreleased "Magic Bells (Solstice Bells)" which was produced by Mike Batt for a possible Christmas single, but not used. Both remixes will also appear o the forthcoming remixed Jethro Tull album Songs From The Wood in the spring of  2017. Two songs are common to both EPs: "Solstice Bells" and "Christmas Song".

SIDE A
1 RING OUT, SOLSTICE BELLS (3.40)
(Ian Anderson)
Produced by Ian Anderson
Remixed by Steven Wilson

SIDE B
1 ANOTHER CHRISTMAS SONG (3.31)
(Ian Anderson)
Produced by Ian Anderson