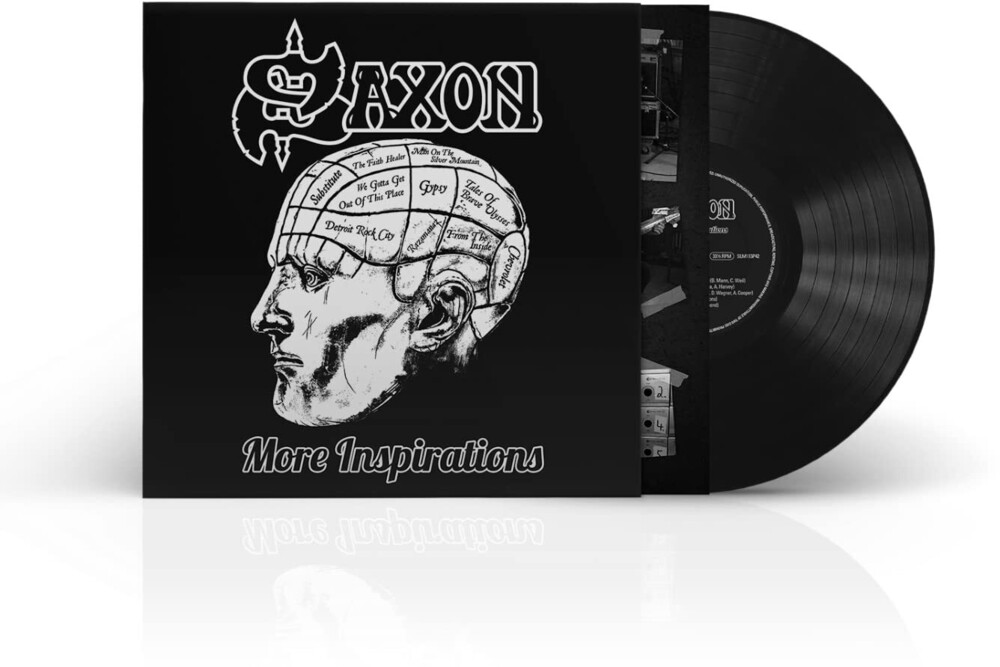 SAXON PROUDLY DISPLAY THEIR FOLLOW UP TO "INSPIRATIONS" WITH NEW CLASSIC COVERS RELEASE, APTLY TITLED: "MORE INSPIRATIONS" British Heavy Metal legends, Saxon, return with a second 'deep dish' serving of the inspirations which have fed their immensely successful 40+ year career. Whether unveiling a sensational take on The Sensational Alex Harvey Band's "The Faith Healer" (in the process showing the direct lineage from teenage turntables to international glory), getting feral with The Animal's "We've Gotta Get Out Of This Place", letting loose a high-octane take on Alice Cooper's "From The Inside", or laying down a ferocious tribute to KISS' "Detroit Rock City", More Inspirations is a joyous trip into the sounds which galvanized the Barnsley boys and continue to get spun on home stereos and tour buses. Produced by vocalist/co-founder Biff Byford, with Seb Byford helping record the music alongside mixing engineer Jacky Lehmann, More Inspirations also includes enthusiastic takes on Alice Cooper, Rainbow, ZZ Top and Cream, as well as a thunderous "Razamanaz" by Nazareth, a tasty take on The Who's "Substitute", and a thick groove take on Uriah Heep's "Gypsy". Whether this is your first dance with such classic songs, or you've come to see where Saxon were born, More Inspirations delivers the goods and then some. More Inspirations will be released on CD Digipak, 12" Black Vinyl, Digital Download and Streaming. Available to pre-order from January 16th 2023.