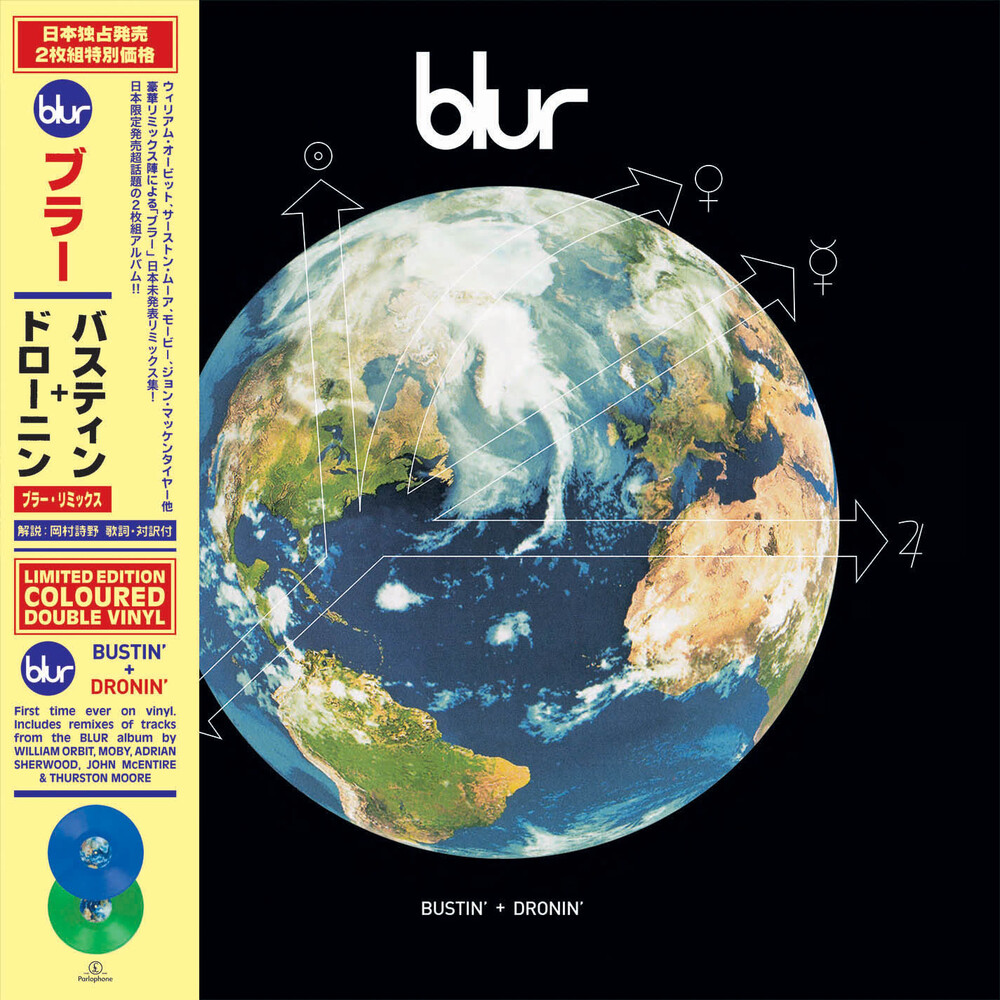 For Record Store Day 2022, Blur will release a special, double heavyweight coloured vinyl edition of their 1998, Japan-only remix compilation Bustin’ + Dronin’ featuring mixes of tracks from their 1997 eponymously titled, number one album. Originally only available as a 2-CD set including a Radio 1 John Peel session, only a handful of copies made their way over to the UK on import. Bustin’ + Dronin’ has never been available on vinyl before now, and this release features the nine remixes (note: no Peel Session) by William Orbit (tracks 1, 6, 7 & 9), Adrian Sherwood (2 & 8), Moby (4), Thurston Moore (5) and John McEntire (7). Released on two x heavyweight coloured vinyl LPs - 1 x transparent blue, 1 x transparent green, the sleeve comes with an adapted version of the original Japanese OBI strip and replica insert.