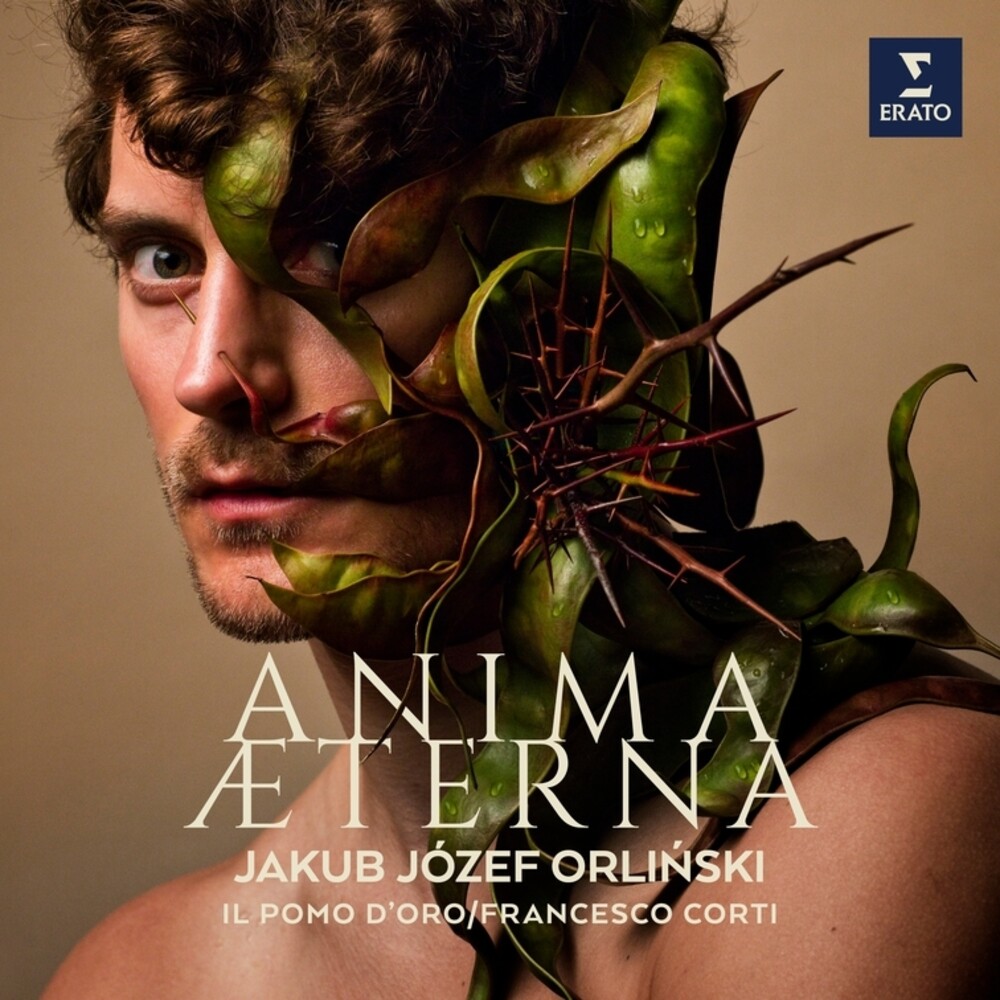 Anima Aeterna, an adventurous album of sacred arias and motets from the 18th century, follows in the vein of Anima Sacra, which in 2018 decisively announced Jakub Józef Orlinski's arrival as a recording artist. It's programme - music by Zelenka, Handel, Fux, and the little-known Gennaro Manna, Francisco António de Almeida, Bartolomeo Nucci and (on the LP version) Davide Perez - contains several world premiere recordings. Joining Orlinski in Zelenka's sparkling 'Laetatus sum' is the captivating soprano Fatma Said, and Francesco Corti conducts the orchestra and chorus of Il pomo d'oro. Orlinski feels that "the shades and colours to be heard in in sacred music of baroque era touch people's souls, even today. Anima Aeterna means 'eternal soul', which for me means nature... Something so vital, wild and dangerous, yet also so calm, mesmerizing and healing."