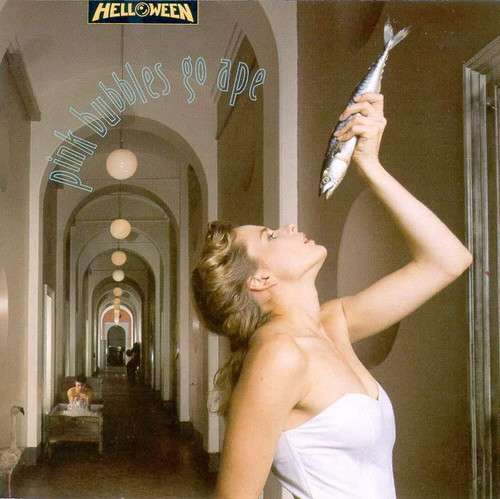 180 gm vinyl LP pressing. Undisputedly, Helloween are one of Germany's most respected metal exports and considered the founders of German melodic speed metal. As godfathers of the genre, they have grown to become one of the most influential metal bands the world over. Sanctuary Records is pleased to offer a 180 gram vinyl reissue of the band's fourth full-length, 1991's multi-dimensional Pink Bubbles Go Ape. Home to the power metal singles "Kids of the Century" and "Number One," the album marked the departure of founding guitarist Kai Hansen and features a reinvigorated band line-up of vocalist Michael Kiske, guitarists Roland Grapow and Michael Weikath, bassist Markus Grosskopf and drummer Ingo Schwichtenberg.