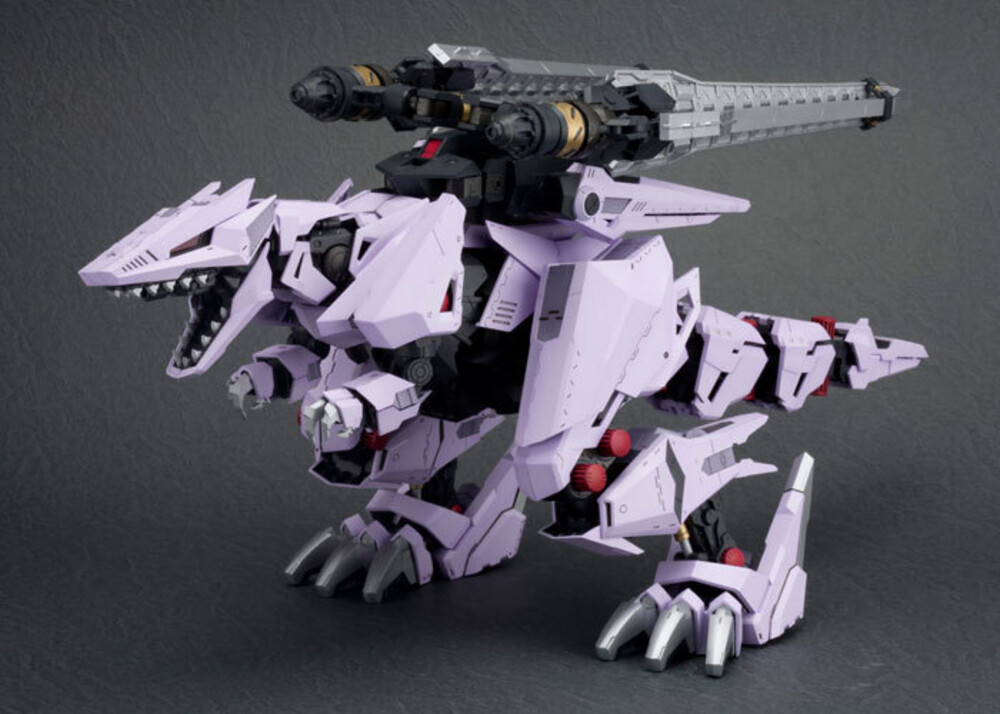 The silhouette and decal of Berserk Führer were faithfully recreated with Kotobukiya's expert craftsmanship.

Various product features that were incorporated into Berserk Führer utilizes the knowledge that was built when creating the previously released Liger Zero. In particular, the Berserk Führer's signature feature, the Buster Claw and all its different variations are recreated without any need for interchangeable parts.

To recreate its storage mode, an HMM-original attachment part, the Traveling Lock, is also included.

Berserk Führer's largest weapon, Charged Particle Cannon, is fully recreated with each part and is able to be adjusted individually as well as utilize the expansion features!

Each armor can also be removed to return this Zoid to its original state.

A pilot figure is also included within this model kit to be placed within the cockpit.

This Zoid is compatible with the Flying Base Neo (sold separately) to create an awesome display with dynamic action poses.